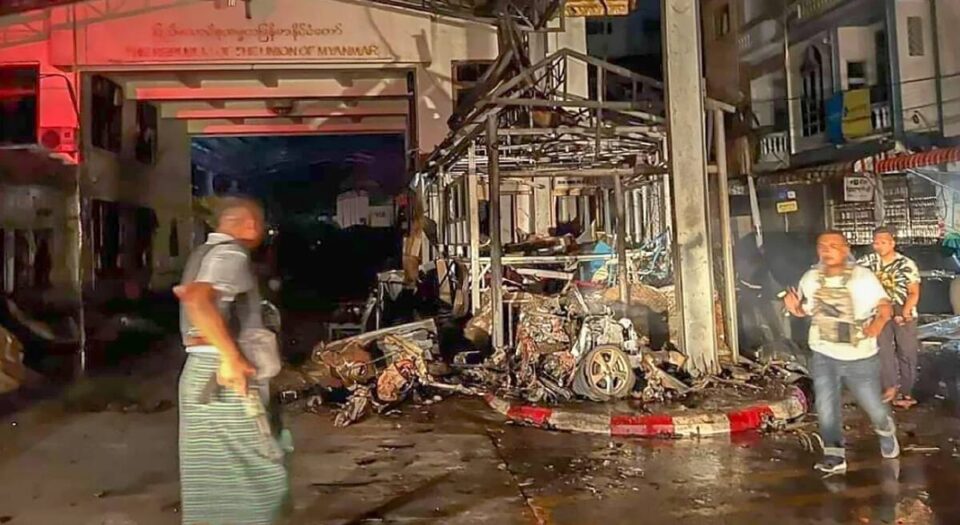 A car bomb exploded at the Myanmar immigration building, on the approach to the First Thai-Myanmar Friendship Bridge, opposite Thailand’s Mae Sot district of Tak province, setting fire to the building and nearby commercial shop houses.

A fierce gun battle also broke out between Myanmar troops and rebel forces after the explosion, which occurred at about 11pm. The 4-storey building and some shop houses sustained heavy damage and a car also caught fire.

The wreckage of a pick-up truck, suspected to have been used to carry the bomb, was found near the border checkpoint.

After the explosion, a group of armed anti-government rebels arrived at the Myanmar immigration building and fought a gun battle with the Myanmar troops guarding the building and border checkpoint.

The clash lasted about 15 minutes before the rebels retreated. There were no reports of casualties at the time of this report.

Fire trucks from Myawaddy Township rushed to the scene to fight the fire, which was brought under control. The cost of the damage is yet to be estimated.

By Sunday morning, no rebel groups had claimed responsibility for the attack.

Forested areas around Myawaddy Township are known to be under control of the Karen National Union, an ethnic Karen rebel group which has been fighting for an independent Karen state for several decades.

Each summer, Myanmar government forces launch offensives against rebel groups, including the KNU, which have defied the military junta, often resulting in thousands of Myanmar civilians fleeing across the border to seek sanctuary on the Thai side, especially in Tak province.

On Friday, Myanmar junta chief Min Aung Hlaing, in an address on state media, called for peace talks between the government and some 20 rebel groups, without giving a time frame for the talks. 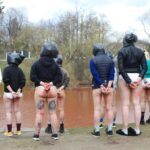 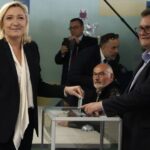