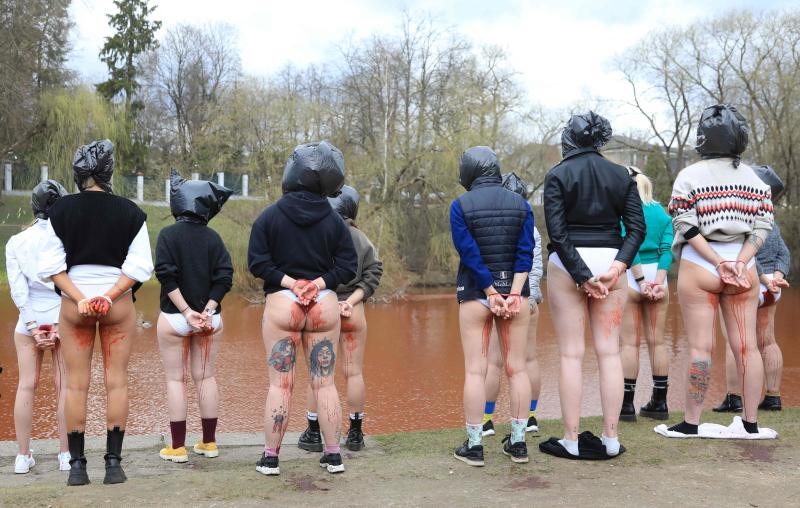 The dark red billboards in the Ukrainian city of Lviv present a powerful image: Russian President Vladimir Putin is on his knees, a woman stands above him and pushes a gun into his mouth. The caption reads: “I am not a beauty for you.”

It’s a furious response to Putin’s sexualized description of Russia’s invasion of Ukraine, where he quoted a Soviet-era punk band’s lyrics about rape: “You sleep my beauty, you’re going to have to put up with it anyway.”

The country’s ombudsman for human rights, Lyudmyla Denisova, has been documenting reports of widespread rape and sexual abuse from areas occupied by Russian forces. And the details are horrifying. Denisova told the BBC that Russian soldiers told women “they would rape them to the point where they wouldn’t want sexual contact with any man, to prevent them from having Ukrainian children.” Many of those who survived are now pregnant.

What’s happening in Ukraine is one of the worst large-scale campaigns of sexual violence in war since Islamic State’s attacks on the Yezidi minority in Iraq in 2014. Before that, of course, there was a long, terrible history of systemic rape in conflict, from Nigeria, Rwanda, the Democratic Republic of Congo, Kosovo, Bosnia, Myanmar and Bangladesh. Let’s not forget the “Rape of Berlin” by Soviet soldiers in 1945, and the “Rape of Nanjing” in 1937, where the International Military Tribunal for the Far East estimated that upwards of 20,000 women, including some children and the elderly, were raped during the Japanese occupation.

The similarities between Bucha and Kocho — the Yezidi village in Iraq where Islamic State fighters massacred hundreds of men and abducted many more women and girls to be sold into sexual slavery — is chilling. Soldiers separated the men, women and girls, then killed the men, dumped them in mass graves, and went on to rape and sexually assault those left in their custody.

Like others before them, these soldiers were not committing random acts of depravity. Their behaviour was deliberate and supported at the highest levels of defence decision making — and aimed at destroying the cohesiveness of a community, says Mia Bloom, a professor at Georgia State University and member of the global non-profit Women’s Alliance for Security.

It’s only recently that rape has been recognised as a deliberate act — a military tactic — as opposed to the behaviour of an immoral soldier. The United Nations Security Council passed Resolution 1820 in 2008, which states that rape and other forms of sexual violence can constitute war crimes and crimes against humanity, and can be one of the contributing factors when determining whether genocide has been committed.

But prosecutions have been few and far between. In the International Criminal Court, Jean-Paul Akayesu, the mayor of Taba Commune in Rwanda, was the first to be convicted in 2001. The former Bosnian leader Ratko Mladic was found guilty in 2017 of genocide and war crimes including the mass rape of women and girls, while his counterpart in Yugoslavia, Slobodan Milosovic, faced similar charges but died before his trial concluded. The former vice president of the Democratic Republic of Congo, Jean-Pierre Bemba Gombo, had his conviction on crimes against humanity, murder and rape overturned on appeal in 2018. For the most part, impunity for crimes of conflict-related sexual violence is the norm and inquiries remain chronically under-resourced.

So what’s happening in Ukraine should be ringing alarm bells. It is heartening that there are already investigations under way — both a domestic one and via the International Criminal Court — into the atrocities committed by Russian soldiers against the civilian population. Bloom, who has been researching wartime rape for two decades, says unlike many other countries, Ukraine is much better equipped to deal with the aftermath of such crimes.

Women are in leadership positions throughout the government and civil society, while they also play an integral role in the Ukrainian resistance and its military, she noted. There’s also a properly resourced mental health sector, unlike, say, Nigeria, where there’s less than 150 psychologists for a country of more than 214 million. Still, many will be unable to bear the anguish of what has been done to them, Bloom said.

Some experts say a separate war crimes investigation into targeted sexual violence is necessary to break the cycle of impunity. The UN has found dozens of state and non-state groups in 10 countries are, right now, “credibly suspected of committing or being responsible for patterns of rape or other forms of sexual violence” in armed conflicts. That report — released on April 11 — does not include in its count Ukraine or the brutal violence between Ethiopian government forces and regional militia groups in Tigray.

Still, there have been some welcome developments. The UK introduced the Murad Code on April 13, named after Yezidi survivor and now human rights activist Nadia Murad, which is meant to set a new standard for evidence collection and the protection of victims. In 2021, Iraq adopted the Law on Support to Female Yezidi Survivors, which states that the policy of rape and sexual slavery enacted by IS against Yezidis and other groups constitutes genocide and crimes against humanity. It provides for access to pensions, land, education, as well as a quota in public-sector employment for victims, but in a much-criticized omission, leaves out the generation of children born of that conflict-related rape.

As far back as 1971, Sheikh Mujibur Rahman, the first president and later prime minister of Bangladesh (and father of its current leader Sheikh Hasina), labelled the estimated 200,000 survivors of rape during the 1971 fight for independence “war heroines” to acknowledge their role in the resistance and the particular trauma they experienced. His gesture did little to ease their suffering. Instead, they were widely rejected by their families — many were killed by their husbands, committed suicide or struggled to survive with their babies born of rape by Pakistani soldiers.

The UN has found unconstitutional shifts of power in countries from Afghanistan, Burkina Faso, Guinea, Mali and Myanmar to Sudan were characterized by the use of sexual violence to subjugate and humiliate opposition groups and rival communities.

Like rape in the general community, it is clear that conflict-related sexual violence is not a rare thing. So it is infuriating — and devastating — that I can count on one hand the number of successful prosecutions of political leaders for these crimes. So much horror, so little action.

Maybe, with the right resources and investigative powers, this war will be the exception to the rule. It will only happen if the international community steps up to alleviate funding shortfalls and support any investigation as enthusiastically as it has been providing weapons and military assistance to Ukraine.

Women stand with marks of dripping blood on their naked legs and a plastic bag over their heads during a protest near the Russian embassy in Vilnius, Lithuania on Saturday against the rapes of Ukrainian women by Russian soldiers during the ongoing Russian invasion of Ukraine. (AFP photo) 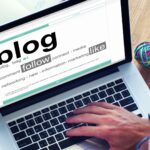 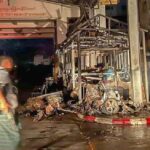