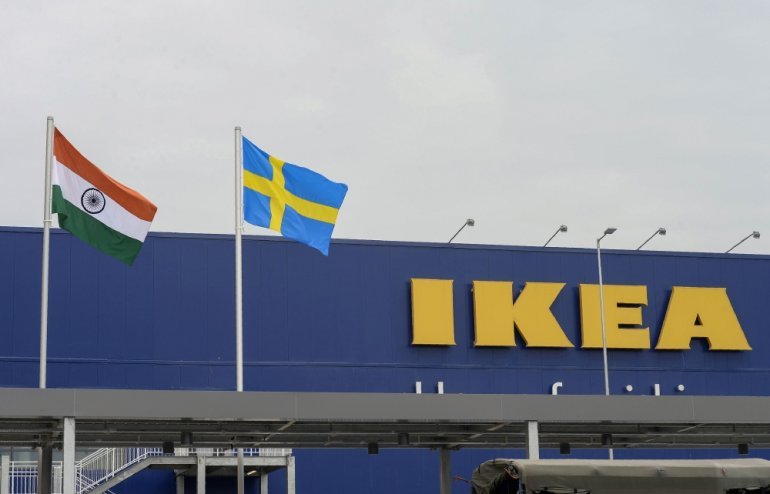 Ikea India: Ikea’s first store in India faced a fresh sticky problem on Friday after a customer said he found an insect emerging from chocolate cake served to his daughter at the outlet’s 1,000-seater cafeteria.

It is the second such embarrassment for the home retailer since the Hyderabad store opened in August, after another customer said he found a caterpillar in his rice earlier this month.

“I found an insect inside the chocolate cake which came out while my daughter was eating the cake at IKEA store today in Hyderabad,” consumer Kishore tweeted with accompanying photos and a video.

An Ikea spokesman said in a statement that a fly was on the cake and that it “eventually flew away” — but the consumer said that the bug was “not a flying insect”.

Ikea said it was taking steps to avoid such incidents but refuted media reports of local authorities collecting samples of cakes or issuing fines.

Ikea is seeking to wow India’s burgeoning middle class with its Nordic-cool furniture and fittings, as well as products suited to local tastes like mattresses with a coconut-fibre centre, and is aiming to open 25 outlets in India by 2025.

The Hyderabad outlet’s canteen — the firm’s biggest anywhere — serves its signature meatballs but without beef or pork, as well as local favourites like biryani.

But analysts have cautioned that Ikea’s pioneering concept of self-assembly furniture may struggle to translate to a market where do-it-yourself homemaking is an alien idea and spending levels are low.

Hunt on for Australian driver seen mowing down emus