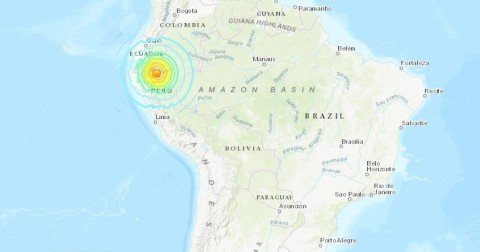 Peru has been hit by a 7.5 magnitude earthquake, the United States Geological Survey said on Sunday.

No tsunami warning has been issued and it is not clear if anyone has been injured in the South American country.

Though it was felt as far away as the capital, Lima, the quake occurred in a very sparsely populated region of the Amazon rainforest, the European-Mediterranean Seismological Centre said in a tweet

The quake struck at a depth of between 80km and up to 100 km deep, according to different agencies – which will have limited the damage.

The quake was measured at 7.3 by the EMSC.