Home » Hunt on for Australian driver seen mowing down emus

Sickening footage showing a man laughing as he mows down emus with his car has been described as “horrific cruelty” by Australian animal welfare authorities.

The culprit can be seen driving a four-wheel drive vehicle down a dirt road, before ploughing into at least a dozen of the birds, counting each time he hits one.

“Fucking emus,” he can be heard saying. “This is fucking great!”

The video was posted on social media and is now being examined by authorities.

Australia’s leading animal welfare group, the Royal Society for the Prevention of Cruelty to Animals (RSPCA), appealed to the public for information.

“Such horrific cruelty clearly has no place in our society,” the RSPCA said.

“Our inspectors are currently examining the footage to try and determine when and where it was filmed.”

It added: “The RSPCA unequivocally condemns this type of behaviour, as it clearly shows a disregard for the lives of these vulnerable native animals.”

The ostrich-like Emu is native to Australia. Standing up to two metres (6.5 feet) tall, it is the country’s largest bird.

The fast-running flightless bird, with its distinctive grey feathers, is widely found in rural areas.

The RSPCA warned that penalties for offences like that committed in the video are punishable by up to five years in prison. 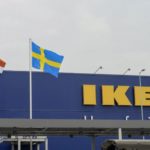