Home » CITY HALL VOWS HUMANE ROUND UP OF STRAY DOGS 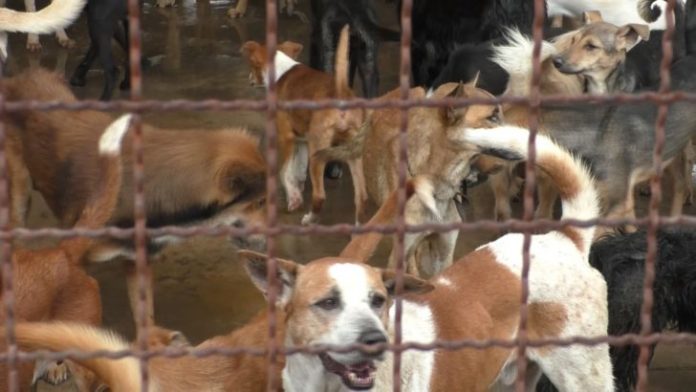 City Hall on Monday committed to taking extensive steps to reduce the population of stray dogs by rounding them up and placing them in shelters, saying complaints have reached a six-year high.

New shelters will be built across the capital and more educational outreach conducted in the plan announced by Deputy Gov. Taweesak Lertprapan. The metropolitan administration said it has consulted with several experts and animal rights activists and will invite them to take part in the process.

Officials said City Hall received nearly 6,000 complaints about stray dogs during the previous fiscal year, which it said was the highest since 2012.

There are currently an estimated 140,000 stray dogs in Bangkok, plus another 104,000 that have been registered by their owners, according to Taweesak.

As a temporary measure, he said the city will increase efforts to catch stray dogs. Following protocols already in place, they will be sent to a shelter in the capital’s Prawet district that can accommodate 500 dogs. If no one picks them up within seven days, the dogs will be vaccinated, sterilized and shipped off to a shelter in Uthai Thani province, which can take in about 5,000 dogs.

Taweesak said the city had consulted with academics from several universities and animal rights groups including Watchdog Thailand.

In May, a rabies scare led to dogs being shipped to a government facility in northeastern Nakhon Phanom province. Thousands died due to inadequate care there, according to animal welfare groups. Despite the denials of local officials, a Khaosod reporter discovered a mass grave of dead animals just outside.

For longer-term solutions, Taweesak said the administration would build more animal control shelters in Bangkok and launch a campaign to raise awareness about the importance of registering dogs, including information about vaccination and sterilization.

Amy Baron, founder of PAWS Bangkok, said she was unfamiliar with the new push but considers it bad policy to put dogs into shelters.

“Putting them in shelters is a bad idea,” she said. “Shelters are not nice places. They’re better off on the streets.”

Many dogs are integrated into their communities and should instead be vaccinated, sterilized and then released back into the community “as long as they are peaceful.”

Watchdog agreed that such peaceful dogs should be left in their communities, while those that are too wild should be sent to shelters. They said the authorities should talk to people in the area beforehand and not just round up every dog they can find.

Last month, the cabinet greenlit a new animal rights law that will mandate registration and might compel owners to pay 450 baht to register pets, which it said would help create a sense of responsibility and stop people from getting pets only to abandon them later.

It prompted a major backlash and the government said it would review the fee.

City Hall has said that it already has a service for owners who wish to register their pets free of charge. This includes mobile vet teams that provide free vaccines, sterilization and microchip to pets in the capital.

In March, the administration said it allocated 231 million baht to expanding and improving the Prawet shelter. Taweesak yesterday said the shelter will be made into a model for new ones to be constructed, with an in-house clinic and adoption and training services.

“City Hall is ready to work with a network of animal rights activists to solve the problem,” he said. “I’m sure that City Hall can fix this issue. Every sector has to work on this together. … I’d like to ask [owners] to raise their pets responsibly and not cause trouble to others.” 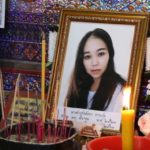 HUSBAND SAYS ‘LOVE’ MOTIVATED HIM TO MURDER WIFE WITH ACID