As a very wise (and completely fictional) doctor once said: “I feel a balanced diet can include the occasional eating contest.”

Obviously, Dr Hibbert is just a character from The Simpsons, but his sentiments still ring true. That’s certainly the belief of Julian Nott, anyhow.

Nott is the owner and proprietor of Notty’s Cafés in South Wales, and he’s created a frankly massive challenge that have so far proven too much for any punter to beat.

It’s called ‘Notty’s Gutbuster’ breakfast challenge. And it’s a beast. Get ready for this – and vegans, probably best to look away now. 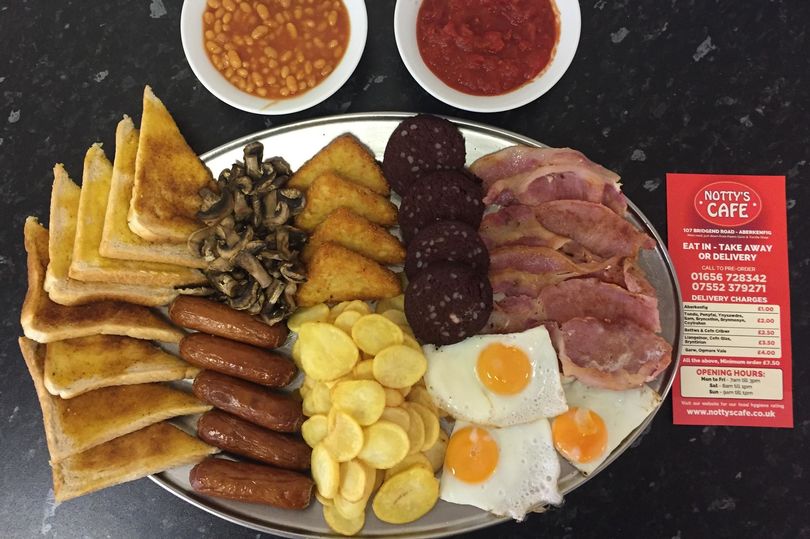 You’ve got 20 minutes to get all of that down you, and you’ll get your picture onto the ‘Wall of Fame’.

Think you’re up to it? Well, you’d be the first.

There’s another, too. The Burger Badboy.

That consists of four burgers, four portions of bacon, four cheese slices, three hash browns, and egg and a plate of chips. You’ve got 15 minutes on that one. 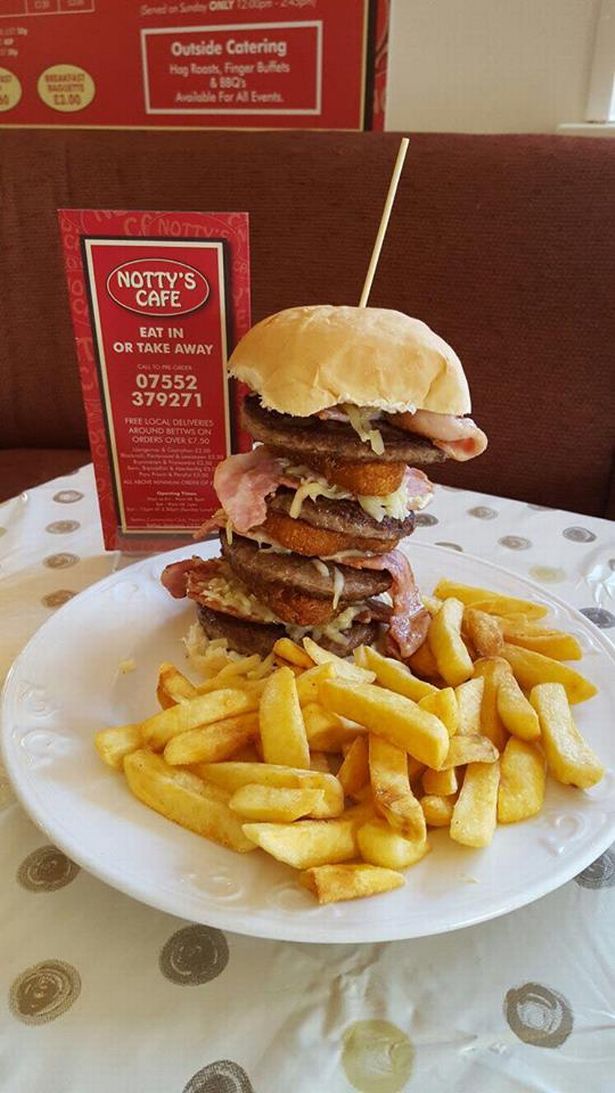 Until recently (Thursday 25 October) nobody had completed that challenge either. There’s now one intrepid victor/survivor on the board. Brave hero.

Nott told LADbible: “We started the challenges because no-one else was doing them and we were asked by a lot of people to do some.”

Sounds like a decent enough reason to get going – everyone needs a unique selling point after all.

In case you were wondering what it takes to complete one of these challenges, Notty himself offered his opinion. 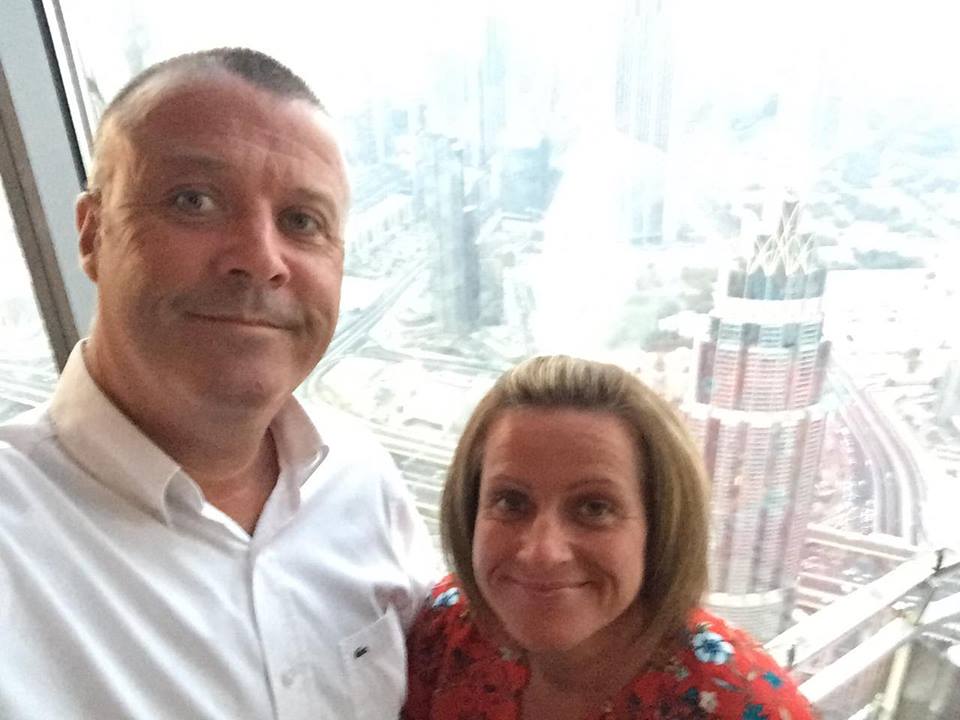 “I think it takes a big heart to complete and a straight focused mind,” he said.

Sounds fair enough. But would anyone really attempt this with a hangover? It would almost undoubtedly send you on a downward spiral of indigestion and regret. And possibly barfs.

“We’ve had loads of triers with hangovers. They get nowhere,” said Notty.

“It’s just funny when they all give it the big one then literally eat four sausages and one bacon, then they’re full.”

There it is – come hungry, come focused, come sober, and DON’T act the big man. Simple lessons for a happy life, when you think about it.

For the record, Notty reckons that ‘on a good day’ he could tackle his own challenge – but hasn’t actually tried one yet. He justifies this by saying: “I create them.”

Personally, I think that’s a cop out, but whatever… 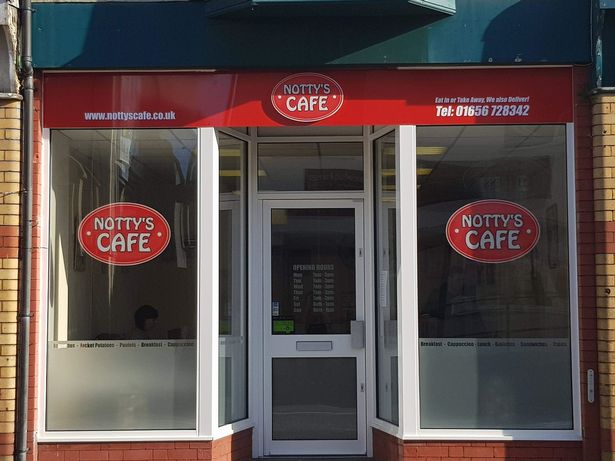 Oh, if breakfast or burgers aren’t your thing, there are two other challenges coming up in the next few weeks that will feature Carolina Reaper chilli curry and a whole heap of waffles.

Not together, mind. Although THAT would be a challenge.

Notty is a man for all seasons and his customers are going to need to bring their strongest game and most elasticated pants.

How many calories? Notty’s not sure, but certainly more than your average salad or chippy tea.