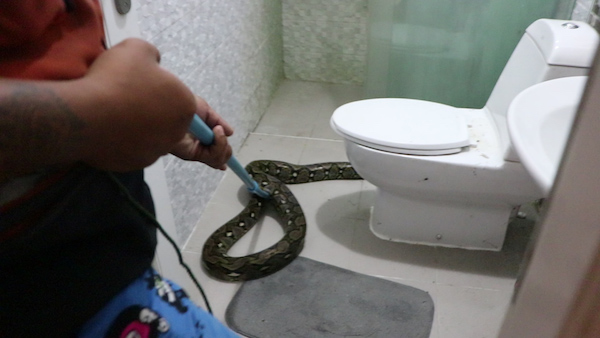 A housewife had a horrifying experience after visiting the bathroom and finding a 10ft long python curled up next to the toilet.

Chalisa Sunthorn, 48, walked into the room on Sunday morning in Chachoengsao province but shrieked in fright when she saw the sleeping snake.

The reptile had slithered up through the pipe work through the u-bend of the toilet before spreading itself out on the floor.

The mother-of-one called out to her daughter, Tamporn, 18, who phoned rescuers. They grappled with the writhing beast, dragging it out on the front patio where it spread its jaws before put into a sack.

Relieved Chalisa said: ”I was sleepy when I went into the bathroom. It was lucky I noticed the snake or it might have grabbed me.

”Thinking about it makes me feel sick. The snake could have eaten me. I’ve been too scared to go back into the toilet.”

The snake was later released back into the wild after being checked over for injuries and illnesses. 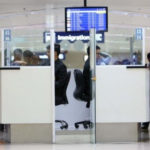 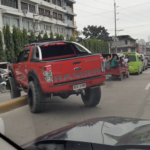