Home » House of horrors woman kept half naked in cage 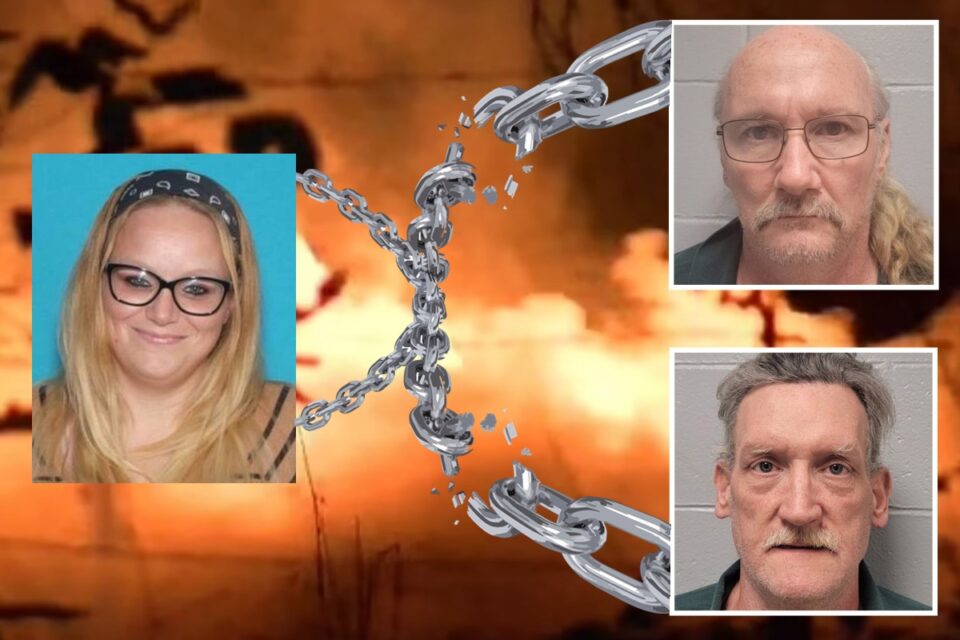 THE house of horrors where a woman was kept half-naked in a cage by two men was mysteriously burnt down as her alleged kidnappers sat in jail.

James Phelps and Timothy L. Norton have been charged with kidnapping 33-year-old Cassidy Rainwater who was reported missing on July 24.

Phelps, 58, was arrested on September 16 after investigators found seven photos on his phone showing Rainwater half-naked and being held in a cage at his home in Lebanon, Missouri.

Police then arrested Norton, 65, four days later after learning that he helped Phelps restrain the victim.

But on Monday, the house where Rainwater was kept locked up was brunt to the ground.

Multiple fire crews responded to the scene where they worked to put out hotspots.

Footage of the blaze shows smoke billowing out from Phelps’ wooden home and by Wednesday morning there was little left of the home except for piles of smoldering ash.

According to Fox4, a Dallas County deputy found something at the property that resembled a tripwire – something used to operate an explosive device or gun.

A local bomb squad was rushed to the scene to investigate and authorities said they later detonated an explosive device near the area of the fire.

The Division of Fire Safety are now investigating the cause of the fire.

It comes as Phelps and Norton appeared on a webcam in front of a judge on Tuesday with a preliminary hearing scheduled for November 5.

It has been reported that the last known person to see Rainwater was Phelps – who was first questioned by police on September 1.

He told officers that he had let her stay with him until she could get back on her feet to move to Colorado, the New York Post reported.

But claimed that she had left his home a month before – leaving in the middle of the night – and hasn’t been in contact with him since.

Investigators obtained a search warrant for Phelps’ phone and it was there they discovered the disturbing images of Rainwater being held captive.

Police also noticed that his home had been “stripped” and that nothing belonging to Rainwater had been found in the home.

When brought in for questioning on September 19, Norton gave police “inaccurate information”.

The following day, Norton reportedly confessed to knowing that Rainwater had been held captive in Phelps’ home.

Norton and Phelps have been charged with kidnapping, facilitating a felony, inflicting injury, and terrorizing in connection to Rainwater’s disappearance. 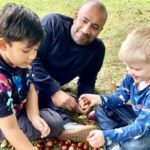 As a gay Asian man, I never thought I’d be a dad to two wonderful boys 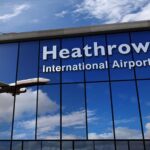