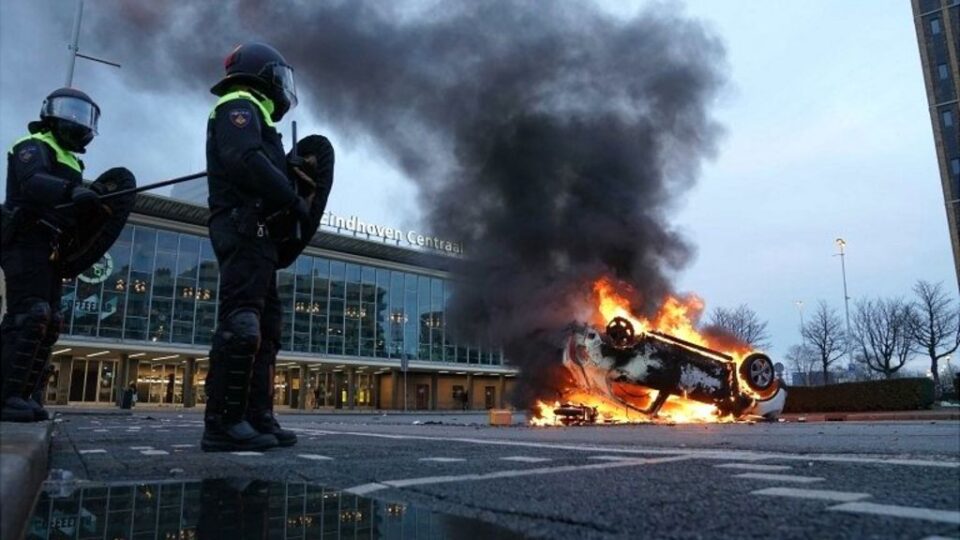 Rioters attacked police and set cars and bikes on fire to protest against a curfew introduced on Saturday.

There were smaller protests in Amsterdam, and in some cities and towns around the country.

More than 200 people have been detained, police said.

“This has nothing to do with protest, this is criminal violence and we will treat it as such,” Mr Rutte told reporters on Monday.

In Eindhoven, golf balls and fireworks were hurled at police in full riot gear, who eventually used tear gas to clear the crowds. Burning bikes were built into barricades. In the eastern city of Enschede, rioters threw rocks at the windows of a hospital.

A Covid-19 testing centre was also set alight on Saturday evening in the northern village of Urk, local authorities said.

“The fire in a screening centre in Urk goes beyond all limits,” Health Minister Hugo de Jonge said.

Regional security councillors are meeting on Monday to discuss a response.

The Dutch government has just introduced its toughest measures since the start of the pandemic – including a night-time curfew which runs from 21:00 (20:00 GMT) to 04:30. It is the first in the Netherlands since World War Two.

The country’s bars and restaurants have been shut since October, while schools and non-essential shops closed last month.

A ban on flights from the UK, South Africa and South America has been put in place due to fears over new variants of the virus.

There have been more than 962,000 cases and 13,646 confirmed deaths from Covid-19 in the Netherlands, according to data collated by Johns Hopkins University. 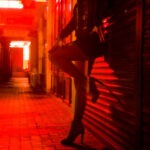 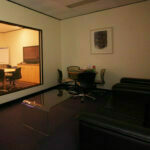 Maradona ‘romped with mistresses in front of two-way mirror