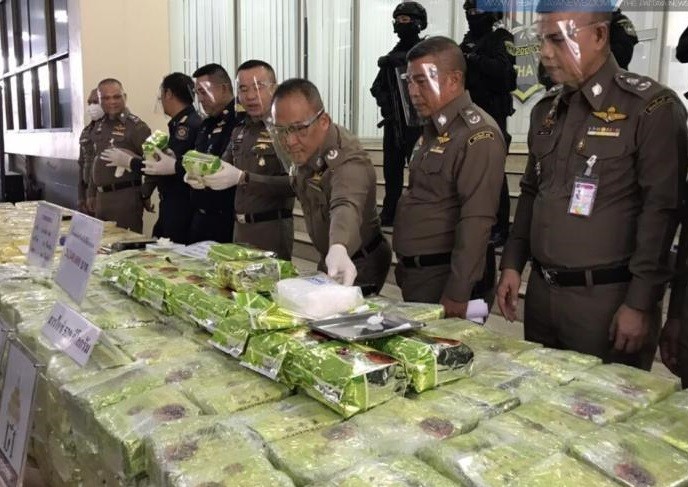 Two major cases were gone into in-depth. In the first case, two Thai nationals, Chaiwichit Budsidee, 30, and Nattaphon Eengkanha, 27, were caught in Nakhon Ratchasima province after reportedly smuggling a large number of illegal drugs from the Laos-Thailand border along the Mekong river.

Both reportedly confessed to the police, stating that they were hired for about 30,000 baht to smuggle the drug into Thailand before the drug would be distributed to clients in Bangkok and the vicinity.

The initial investigation also revealed that the duo had accepted the smuggling job many times before. Chaiwichit and Nattaphon are now in the custody of Nakhon Ratchasima police for further interrogation with a charge of allegedly possessing drugs in Catagory 1 (methamphetamine and crystal methamphetamine).

In the second case, a Thai couple, Kobchai and Kamonwan Kamrakkhit, was arrested in the Mueng district of Nakhon Ratchasima with a large amount of 400 kilograms of cannabis sticks found in their vehicle.

The arrest followed a police investigation, revealing that Kamonwan, who was nicknamed among drug dealers as ‘Jae Pou’, was reportedly operating a drug smuggling network and was going to transfer the cannabis in question from the Northeast border into the inner area of Thailand.

Police also expanded the search and seized their Toyota pickup truck, land, and other assets, and many valuable items worth more than 2.5 million baht.

The couple was initially charged with possessing drugs in Catagory 5 (Cannabis) and was detained at Nakhon Ratchasima for further interrogation.

The NSB Commander concluded at the briefing that ‘Jae pou’ drug smuggling network is one of the major drug dealers in the central region.

The arrest of Kamonwan will hopefully expose more leads to the arrest of more people involved with the illegal activities.

” More smuggling cases were recently reported in Thailand, particularly in the Northeastern area. However, the NSB police will continue our investigation to eradicate the drug dealers in the country as much as possible,” Montri added 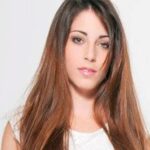 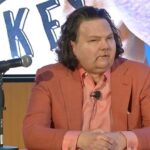