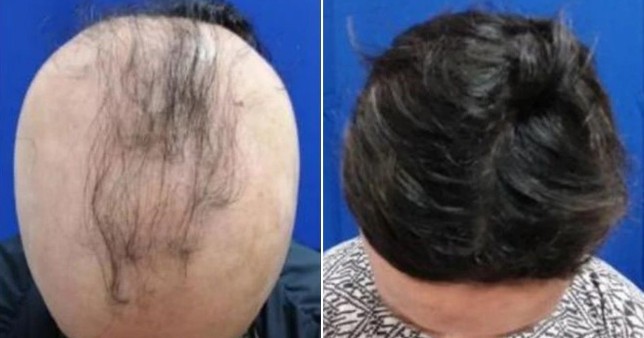 Thousands of people suffering from a specific type of hair loss may one day have the effects reversed by a new drug.

US-based drugs company Concert Pharmaceuticals has developed the twice-a-day pill and says an intial trial has been promising.

A study found that four in 10 patients suffering from alopecia areata were able to regrow nearly a full head of hair within six months.

Unfortunately, the scientist behind the drug says it can’t be used by the millions of men worldwide who lose their hair as the age.

While alopecia is the general term for hair loss – and includes male-pattern baldness – the drug targets a more specific cause called alopecia areata. This is when the body attacks its own hair follicles.

There are around 100,000 sufferers of alopecia areata in the UK and 6.8 million in the US. In some cases, it can cause a person to lose all their hair in a matter of weeks.

According to the company, the Phase 3 trial consisted of a randomised, double-blind, placebo-controlled clinical trial in 706 adult patients aged between 18-65 with moderate to severe alopecia areata at sites in the U.S.

They were split into three groups, which were given a placebo, an 8mg twice-daily pill or a 12mg twice-daily dose. The 8mg and 12mg groups saw statistically significantly more regrowth than the placebo group, researchers said.

‘Today marks an important milestone in advancing new treatments for alopecia areata, and I’m so happy to see such positive results from the first Phase 3 trial with CTP-543,’ said Brett King, M.D., Department of Dermatology, Yale University School of Medicine and clinical investigator.

‘There is a great need for treatments for this challenging disease, and the results may potentially provide an important therapy for treating alopecia areata.’ 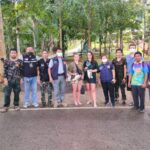 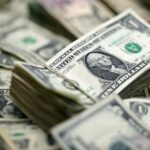 Myanmar bans domestic use of the US dollar