The Aussie, who topped every practice and all three qualifying sessions, led this race from start to finish.

And that was despite driving for 51 laps of this gruelling race with an engine problem that left him down on power.

The 28-year-old said his Monaco win was redemption after his team lost him the 2016 Monaco GP with a bungled pitstop when he had a commanding lead.

He said: “This was two years in the making and I finally feel the redemption has arrived!

“We had our problems we had a lot to do in the race, I felt a loss of power about halfway through the race.

“There were a few doubts which came in mid-race but we won Monaco, it feels good! Awesome.”

His boss at Red Bull hailed his driver’s heroics as on par with Michael Schumacher’s amazing performance in the 1994 Spanish GP when he raced to runner-up spot while stuck in fifth gear.

Horner added: “Daniel Ricciardo, you are a hero! Un-f******-believable! You have done an amazing job today.

“That is right up there with what Schumacher did in 1994, and this is payback for 2016. You are a Monaco Grand Prix winner and you enjoy every minute of it.”

It was Ricciardo’s first win in Monaco and richly deserved for the faultless way he drove all weekend.

He was understandably delighted as he crossed the line 7.3 seconds ahead of Sebastian Vettel, who was second while Lewis Hamilton was third.

The German’s second spot on the podium means Hamilton’s lead in the championship is reduced to 14 points.

Hamilton said: “Would have been nice to have been second but I did all I could, it was a really interesting race.”

Kimi Raikkonen was fourth while Valtteri Bottas was fifth. Max Verstappen, who had started last, finished in ninth place.

There were retirements for Fernando Alonso, who had a gearbox failure while Charles Leclerc smashed into the rear of Brendon Harley. 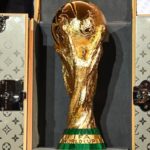