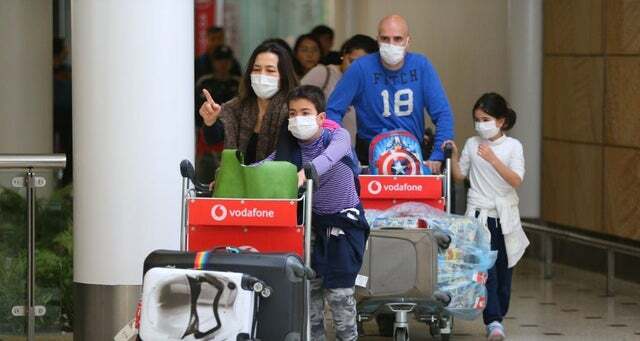 Covid-19 – the coronavirus that originated in China – is spreading across the globe; now nearly 30 countries and territories are affected by the outbreak.

The virus has claimed the lives of nearly 2,000 people and infected over 71,000 worldwide, news that will cause concern for Brits looking to travel to any of the affected areas.
Here’s the official Foreign & Commonwealth Office travel advice for every affected country and territory:

“The Foreign and Commonwealth Office (FCO) advise against all travel to Hubei Province due to the ongoing novel coronavirus outbreak.

“The FCO advise against all but essential travel to the rest of mainland China (not including Hong Kong and Macao).

The Chinese government continues to impose further restrictions on movement within China in response to the coronavirus outbreak.

“These restrictions include the closure of some provincial highways and inter-city high speed rail, tight control on entry and exit to villages and townships across the country, and restrictions on movement within some cities and municipalities including Chongqing.

“Some airlines, including British Airways and Virgin Atlantic, have announced a suspension of flights to and from mainland China.

“Other commercial airlines are still operating, but it may become harder to access departure options over the coming weeks.

“Since 31 January, some staff and dependants from the British Embassy and Consulates are being withdrawn from China. Essential staff needed to continue critical work – including consular assistance – will remain.

“But the ability of the British Embassy and Consulates to provide assistance to British nationals from within China is limited, and would be even more limited in the event that the situation deteriorates further.

“On 28 January the Hong Kong SAR Government announced a series of measures designed to prevent the spread of the virus.
“These measures, with effect from midnight (local time) on 30 January, include the suspension or scaling back of flights, trains, ferries and buses between Hong Kong and mainland China.

“The Hong Kong SAR Government has implemented a 14-day mandatory home quarantine period for new arrivals (of any nationality) who have been to mainland China in the previous 14 days.

“Depending on the circumstances, quarantine could take place in government facilities or at home. The Hong Kong Government website provides further information.”

“Anyone found to breach their quarantine conditions, or to have lied about their travel history could face punitive measures.

“The maximum penalty upon conviction is imprisonment for six months and a fine of $25000 Hong Kong Dollars.”

“On 31 January, the Singapore Government announced that an extension of measures designed to prevent the spread of the virus will be introduced on 1 February. Check your travel plans with your travel provider before departure.

“All new visitors with recent travel history to mainland China within the previous 14 days will not be granted permission to enter or transit Singapore. Check the Singapore Ministry of Health website for full details.”

“The Foreign and Commonwealth Office (FCO) advise against all but essential travel to areas within the provinces on the Thailand-Malaysia border, including:
PattaniYalaNarathiwatSouthern Songkhla province. This does not include areas north of and including the A43 road between Hat Yai and Sakom, and areas north-west of and including the train line which runs between Hat Yai and Pedang Besar.
”

Consular support is not available in the parts of Thailand where the FCO advise against all but essential travel.”

“The Japanese authorities have introduced a number of measures, including immigration restrictions and enhanced quarantine procedures at entry points to Japan.

“The authorities may carry out extended health checks on arrival including compulsory hospitalisation. You should comply with any additional screening measures by the authorities if asked to go through extra checks.

“As a preventative measure against the spread of coronavirus, the Immigration Services Agency of Japan announced that from 1 February 2020, unless there are exceptional circumstances the following people are not permitted to enter Japan:

“Some flights from Japan to mainland China have been suspended or cancelled; check with your travel provider for updates. The Japan National Tourism Organisation has a 24 hour hotline (+81 50 3816-2787) which provides support and advice for visitors in Japan including on coronavirus.

“There has been a confirmed outbreak of coronavirus on the Diamond Princess cruise ship. This ship is currently in quarantine in Yokohama.

“Anyone on board should follow the advice of the authorities leading the response. British nationals requiring urgent consular assistance should contact the British Embassy in Tokyo on +81 3 5211 1100 or via web contact form.”

“Flights between South Korea and China are now affected. You should check with airlines and travel agencies for the latest information.

“The South Korean government has announced that with effect from 4 February 2020, foreign nationals who have been in Hubei province in China within the last 14 days will not be allowed to enter South Korea.

“You should comply with any additional screening measures put in place by the Korean authorities. South Korea’s Center for Disease Control and Prevention (KCDC) provides local advice in English and in Korean.”

“Taiwan has put in place a number of measures to combat coronavirus.”

Foreign nationals (including British nationals) who have been in China, including Hong Kong and Macao, during the 14-day period before they arrive in Taiwan will not be permitted to enter.

Starting from 10 February 2020, anyone transiting or making airside transfer in China, including Hong Kong and Macao, will still be allowed to enter Taiwan, but will be required to home quarantine for 14 days.

This may change, so you should check with your airline before you travel.These measures apply to those people who are eligible for visa-free treatment, landing visas, and e-visas, as well as those carrying valid visas.

British nationals living in Taiwan, holding a valid residence certificate, who have visited China in the 14 day period before arriving in Taiwan may still enter, but will be required to self-isolate at home for a period of 14 days after arrival.

All airline passengers entering Taiwan are now required to fill in a health declaration which includes travel history for the preceding 14 days.

“With effect from 2 February, the US Government will not permit entry to the USA of any foreign nationals who have visited China 14 days or less prior to their travel to the USA.

“More information for travellers to the USA can be found on the US Centre for Disease Control (CDC) website.”

“The Macao government has announced a series of measures designed to prevent the spread of the virus. Visitors to Macao may be asked to provide details of their travel 14 days prior to arrival.

“From 27 January 2020, visitors who have been to Hubei province, China, within 14 days of their arrival will be denied entry to Macao unless they present a medical certificate confirming that they are free of infection from the novel coronavirus.

“Non-Macao residents who may have been exposed to the coronavirus may not be allowed to enter Macao.
“Macao residents who are currently in areas affected by the virus are asked to go into 14 days of self-imposed isolation upon return to Macao to prevent the spread of infection. The Macao government website provides further information.”

“The Vietnamese authorities are implementing steps to mitigate the risks of infection, including health screening at airports and land borders.

“People showing signs of respiratory illness on arrival in Vietnam can expect to be checked. You should comply with any additional screening measures put in place by the local authorities.

“Anyone confirmed as having Coronavirus, including foreigners, can expect to be quarantined.

“The Vietnamese authorities have also announced travel restrictions and quarantine requirements:
as of 1 February 2020, anyone who has visited China in the previous 14 days will be refused entry to Vietnam.

“The Vietnamese government has recommended that citizens wear masks in public, and it has introduced special permits for anyone seeking to organise large public events.”

“Airports have put in place additional measures to support the effective screening of passengers from affected regions.

“The authorities have designated a number of hospitals across the country to quarantine any suspected cases of the virus. You should comply with any additional screening measures put in place by the authorities.”

“On 5 February 2020, the Indian authorities announced an extension of measures designed to prevent the spread of the virus.

“If you’re a foreign national or an Overseas Citizen of India (OCI) cardholder travelling from China to India, your existing visa (including eVisa) will no longer be valid and you will not be permitted to enter or transit India.
“For full details, check the Indian Ministry of Health website.”

“On 10 February the Philippine government announced that until further notice, entry to the country will be refused to all foreign nationals (except those holding Philippines citizenship or permanent residency) who have been in or travelled via mainland China, Hong Kong, Macao or Taiwan within the previous 14 days.”
“Some flights from the Philippines to Taiwan, including those operated by Philippine Airlines and Cebu Pacific, have been suspended or cancelled. Check with your travel provider for updates.”

“Call Italy’s 112 emergency number if you believe you have symptoms. English speaking operators are available.”

“Tribhuvan International Airport has put in place additional measures to support the effective screening of passengers from affected regions.

“The Government has also designated a lead hospital, the Sukraraj Infectious and Tropical Disease Hospital in Teku, Kathmandu, where those arriving with fever or self-declared symptoms will be transported to a designated hospital for observation.”

“The Sri Lankan Government is taking various precautions to prevent the spread of the virus.
“The Ministry of Health has issued this press release and introduced a 24-hour hotline for anyone requiring information on coronavirus – +94 710170717.”

The following countries and territories have all recorded confirmed cases of coronavirus, but have reported no virus-related deaths.

Therefore, the FCO either has no travel warnings in place relating to the outbreak or simply advise that travellers “comply with any additional screening measures put in place by the authorities.”
Australia Belgium Cambodia Canada Egypt Finland France Germany Malaysia (he FCO advise against all but essential travel, due to other reasons) Russia Spain Sweden the United Arab Emirates
This article originally appeared on iNews 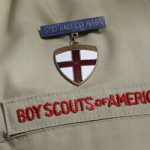 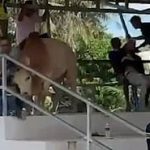