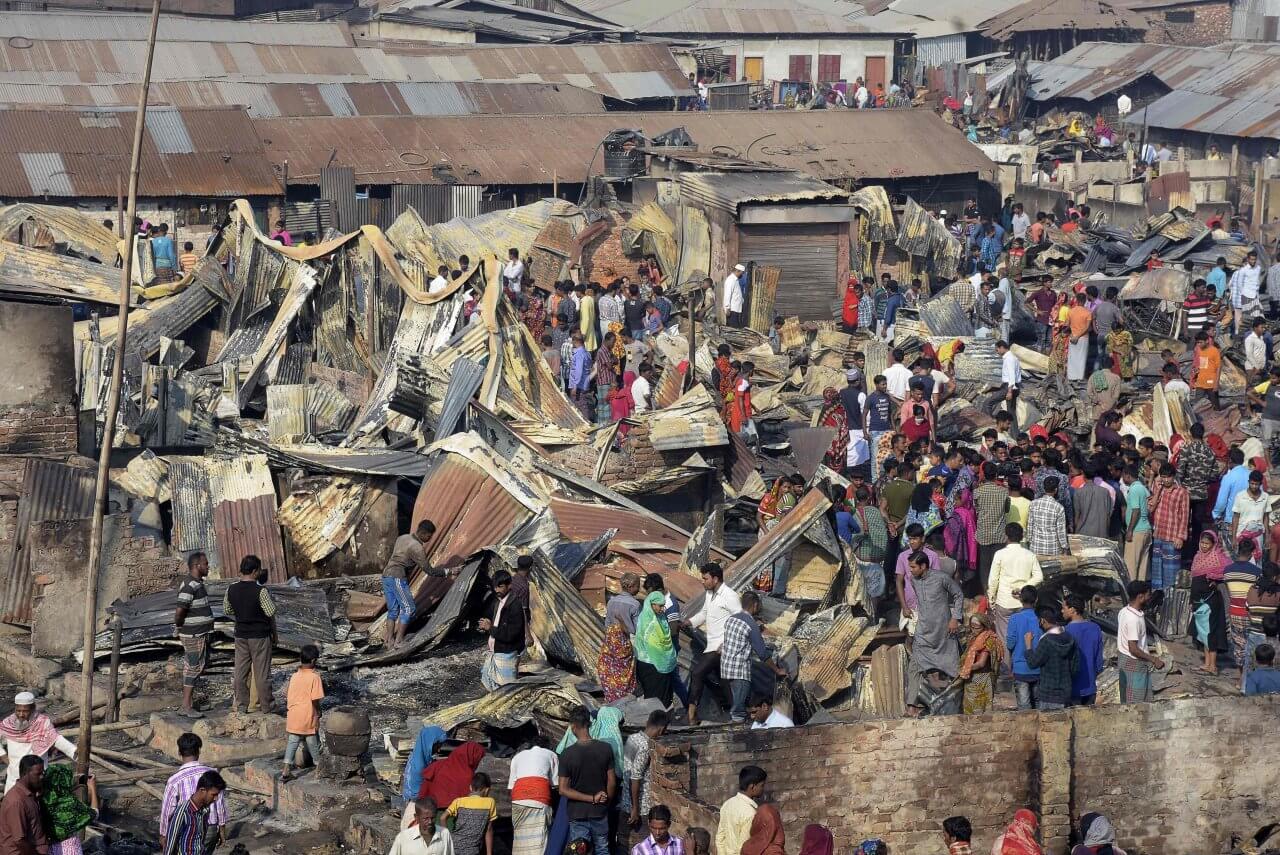 A fire tore through a slum in southern Bangladesh on Sunday killing at least 9 people and destroying hundreds of shanty homes, police said.

The blaze broke out in the port city of Chittagong at about 3.30am and raced through the district of bamboo, tin and tarpaulin homes, said local police chief Pranab Chowdhury.

Destroyed houses are pictured after a fire broke out in a slum in Chittagong on February 17, 2019. – A fire tore through a slum in southern Bangladesh on February 17 killing at least 9 people and destroying hundreds of shanty homes, police said.// AFP PHOTO

“At least 470 shanties were destroyed by the fire. So far 9 people have died. They included four members of a family,” fire brigade official Hefazatul Islam told AFP.

Rights groups have in the past alleged some shanty town blazes were deliberate acts of sabotage by developers seeking to free up property to construct multi-storey buildings.

“We have seen fires are used as a weapon to evict poor slum dwellers and squatters from government or private property,” rights activist Nur Khan Liton told AFP.