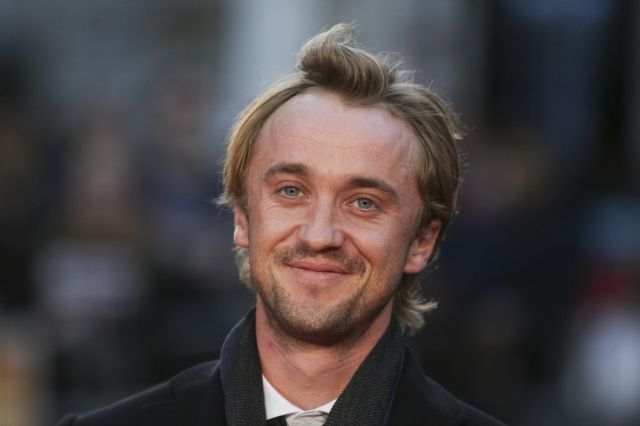 YouTube has offered the first glimpse of its new sci-fi thriller series fronted by “Harry Potter” star Tom Felton — revealing it is an “Alien”-like horror story on an isolated ship.

“Resident Evil” director Paul W.S. Anderson is to helm “Origin,” which brings together an international roster of talent alongside Felton, the boy wizard’s conniving nemesis Draco Malfoy in all eight “Harry Potter” movies.

A teaser trailer for the 10-episode show made by Left Bank Pictures and Sony Pictures Television screened at a panel at San Diego Comic-Con given by the creators and cast on Thursday.

The show follows a group of outsiders who find themselves abandoned on a ship bound for a distant land. They have to work together for survival but quickly realize one of them is far from who they claim to be.

Felton, who also appeared in “Rise of the Planet of the Apes,” will be joined in the show by fellow Potter alumnus Natalia Tena, as well as Sen Mitsuji, Nora Arnezeder, Nina Wadia, Adelayo Adedayo and Wil Coban.

YouTube, which started in 2005 as a video-sharing network — still its main function — also announced a second season of the critically acclaimed supernatural thriller “Impulse.”

Since its debut on June 6, the first episode has generated around eight million views. Season two of the 10-episode, hour-long series will premiere on YouTube Premium in 2019.

Season one starred Maddie Hasson as Henrietta “Henry” Cole, a rebellious 16-year-old girl who always felt different from her peers and longed to escape her small town.

During a traumatic event, Henry discovers she has the ability to teleport and her newfound power makes her the focus of those who want to control her.

“The One,” which will run for six one-hour episodes, is an adaptation of the Mexican show “Nino Santo,” moved to Brazil, created and written by Pedro Peirano and Mauricio Katz.

The story concerns three young doctors who are sent to a remote village in the Pantanal, an immense region of tropical wetland the size of Nebraska, to vaccinate residents against a new mutation of the Zika virus.

Their efforts to bring medical aid are refused, and the doctors find themselves trapped in an isolated community shrouded in secrets and devoted to a healer who forces them to confront the power of faith over science.

“Brazil is rich in mythologies and spiritual beliefs and we are very excited about this opportunity to show the world more of this side of our culture and even the singularities of the Pantanal region through Netflix,” he said in a statement.