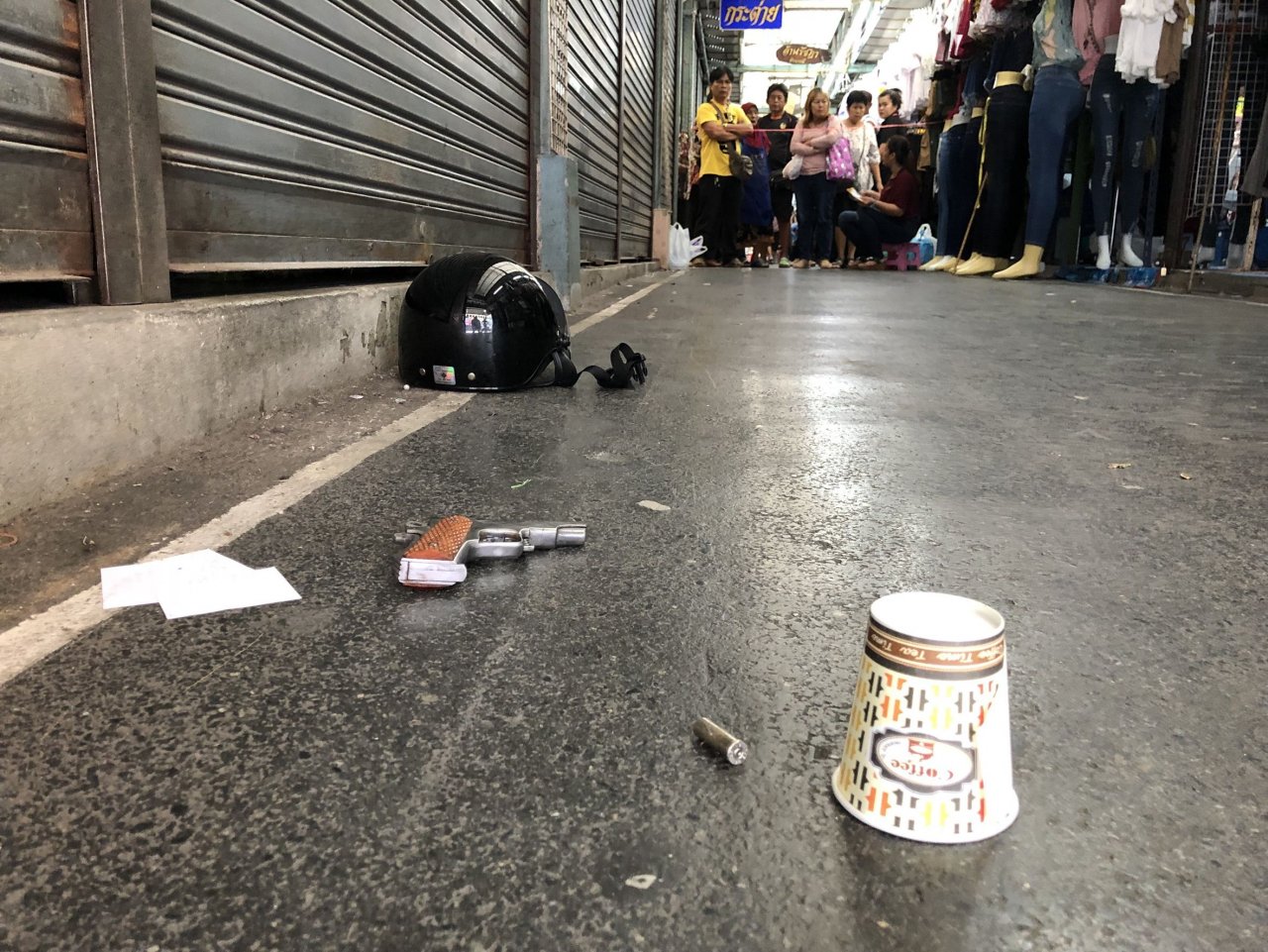 An 18-year-old man allegedly shot his 18-year-old ex-girlfriend and turned the gun on himself in Bangkok’s Min Buri district on Monday morning, leaving both in coma, police said.

The shooting happened at the Mai Market on Soi Plathong 7 on Sihaburanukij road at 8.30am.

Both teens were rushed to the Nawamin Hospital and remained in a coma, said police.

The woman was identified as Sornsawan from Utha Thani and the man as Kannaporn.

Witnesses told police that Sornsawan was working at a clothes shop when Kannaporn turned up offering to reconcile. When she refused, the boy then shot her twice before shooting himself in the chest.

Sornsawan’s friends alleged that Kannaporn beat her, resulting in her calling off the relationship. He tried several times unsuccessfully to get her to reconcile with him, they said.