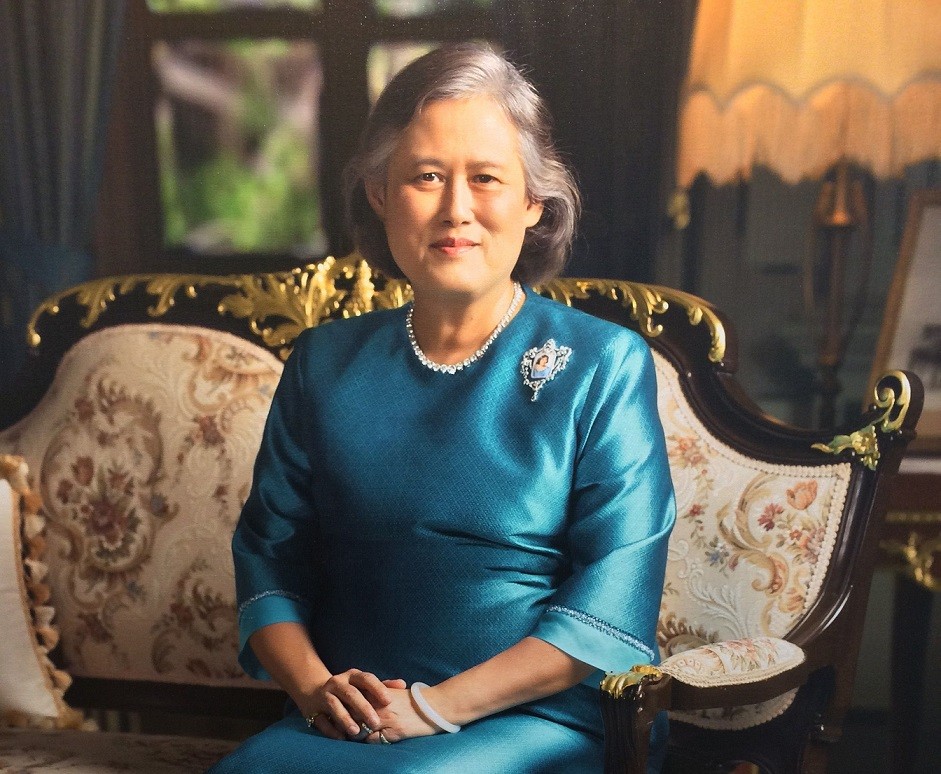 Her Royal Highness Princess Maha Chakri Sirindhorn, born on the second of April, 1955, is the third child of Their Majesties King Bhumibol Adulyadej and Queen Sirikit of Thailand.

She started her formal education at Chitralada School where she completed her primary and secondary education, ranking first in the National School Examination both in the primary level in 1968 and in upper secondary level (Arts Section) in 1973.

At the Faculty of Arts, Chulalongkorn University she read History as the major subject with Pali-Sanskrit and Thai as minor subjects.

In 1977 she received her Bachelor’s Degree, First Class Honors and was awarded with the Gold Medal for her outstanding achievement in her major subject and the Honorary Gown in recognition of the highest academic performance of her class.

For her graduate studies, she enrolled at Silpakorn University where she received her M.A. in Oriental Epigraphy in 1979, and at the same time studied at Chulalongkorn University for her M.A. in Pali-Sanskrit successfully in 1981.

She did her research for her Doctoral Degree at the Graduate School, Srinakharinwirot University and received the degree of Doctoral of Education in Development Education in 1986.

This formal education, however, represents only a small fraction of her intellectual and academic pursuit which, for her, is a life-time endeavour. From her school days up to the present, Her Royal Highness Princess Maha Chakri Sirindhorn has never stopped learning, guided by her own nature to explore and to seek knowledge for the benefit of her people.

Her passion for Thai traditional culture leads her to study Thai music and dance and almost every branch of Thai art and craft. She reads and studies literature extensively both Thai and foreign, and is herself an accomplished writer and poet.

To extend her cultural horizon she learns many languages including English, French, German, Chinese, Khmer, Pali, Sanskrit and Latin and travels widely. She also enjoys painting and drawing both in traditional style and modern style.

As a member of the Royal Family she has the duty to attend to the wellbeing of her people. Since she was young, she always accompanied her parents to the remote and rural areas to help people.

Appropriate technology as well as knowledge in sustainable development and the use of national resources have to be taken in consideration.

Health care and nutrition also play an important role in improving people’s life and society as a whole. Art and craft should not be neglected since they also generate supplementary incomes for the farmers.

Her Royal Highness Princess Maha Chakri Sirindhorn, realized the importance of these subjects, has been studying and applying them for the benefit of the people.

This can be seen clearly from the projects she initiates or inspires such as the nutritional and educational plan for schools in remote areas, plant genetic preservation and genes bank projects.

She has also concentrated on helping the handicapped, especially in using information technology (IT) to develop independent living and learning skill.

Her Royal Highness Princess Maha Chakri Sirindhorn runs several philanthropic organizations and foundations. She is Executive Vice President of the Thai Red Cross Society since 1977; Executive Chairman of the Chaipattana Foundation (in charge of His Majesty the King’s development and environmental preservation projects), Anada Mahidol Foundation (to promote higher education), the King Rama II Foundation (to conserve and promote Thai culture) ; President of the Sai Jai Thai Foundation (to support disabled veterans), Prince Mahidol Award Foundation (to award prizes annually to members of international community for outstanding performances in the fields of Medicine and Public Health), and Advisor of the Committee of Thai Junior Encyclopaedia Project by Royal Command of His Majesty the King.

Her dedication for the welfare of her people is widely recognized both in the country and abroad. In 1991 Her Royal Highness Princess Maha Chakri Sirindhorn was awarded the prestigious Magsaysay Award for Public Service.

A year later, she joined the Department of Law and Social Sciences, in the Academic Division of Chulachomklao Royal Military Academy.

Presently she is Director of the Department of History and has played an active part in revising its curriculum. She also supervises the Thai Music Club of the Academy. She occasionally gives lectures at several other institutions. She regularly attends academic conferences and seminars both in and outside the country.

Her numerous travel books are very popular and create a new enthusiasm for the writing of non-fiction work that combines factual information with literary charm. Moreover, proceeds from these literary works are the main source of income of the Debaratanarajasuda Foundation whose main aim is to support needy students in schools, vocational colleges and universities.

The Foundation is able to support more than one thousand students at the moment.

She composes poems in Thai as well as in French and has also translated poetry and novels from Chinese. Her stories for children are extremely popular and have been produced as television series twice.

Those who follow her life and works have the same consent that it is a life of loving of knowledge, seeking for knowledge, and transmitting and applying knowledge to fulfil herself as a human being as well as to promote the wellbeing of others. 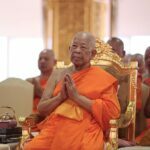