YOUR gadgets could be in grave danger – and it’s all linked to a simple Google Chrome mistake.

Cyber-experts have warned that not taking care of the Google web browser could put you at risk of major hack attacks.

It’s all linked to updates – and if you don’t install them, it’s bad news.

Just this week, Google was forced to rush out an emergency update to stop a “high severity” bug from being exploited.

But if you don’t install updates that squash these bugs, you’ll miss out on key protections.

“Not only does updating your Chrome browser introduce new features, such as privacy & web tracking protection, but they also guard against critical security threats,” said Mike Varley, cyber-expert and Threat Hunting Lead at Adarma, speaking to The Sun.

“The recent update from Google targets what is called a “zero-day”.

“A zero-day is a vulnerability that has just been discovered, is known to attackers and is known to be actively being exploited.

“When this happens, it is a race against time to develop patches and protect end-users whilst they are rolled out.”

This week’s Google blunder was described as “high severity”.

This could indicate that it’s a significant issue that may already be being exploited in the real world.

That’s why it’s so important to update your Google Chrome as often as possible.

“Never updating Google Chrome can leave dangerous vulnerabilities in your browser, which can be leveraged by malicious actors as an entry point on to your device,” Mike told The Sun.

“Malicious websites that host exploit kits can identify potential vulnerabilities in connecting clients, and then take advantage of those weaknesses to gain initial access.

“From there, an attacker could be free to roam about your computer or to other devices on your network, collecting personal information, email & bank account details, infecting with malware or deploying ransomware to coerce a payment.

“An up-to-date browser, although it seems simple, can greatly contribute towards keeping you safe online.”

Sadly, we don’t know exactly what will happen if you don’t update your browser.

How to update Google Chrome

To do this, go to the three dots in the top-right corner, and then choose Help.

Now go to About Google Chrome and then begin the update.

You should do this regularly to keep your PC or Mac protected against the latest hack attacks. 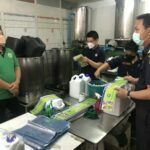 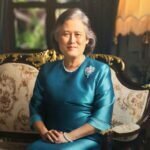