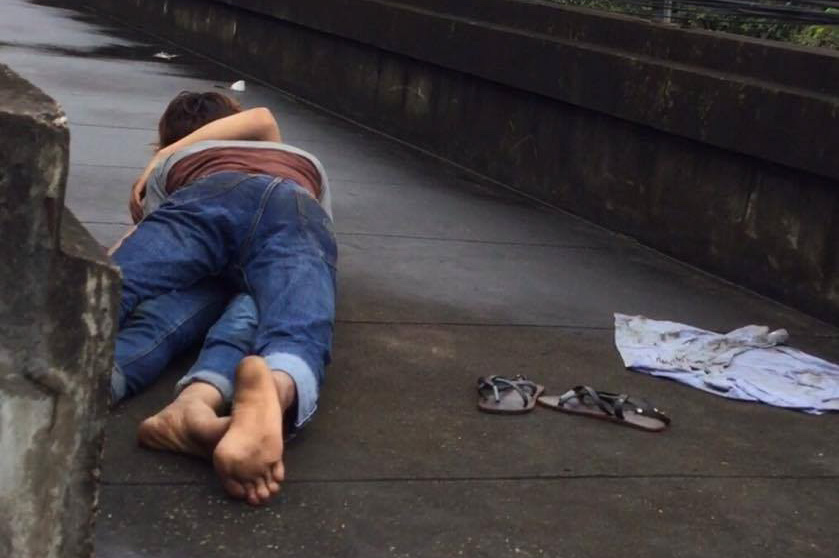 Police were today hunting a randy couple were filmed romping in the pouring rain – on a motorway bridge.

The drenched pair were seen kissing while sprawled on the wet ground yesterday afternoon in Rayong.

They then clambered up the steps to sit on the walkway away from the view of passing cars while they writhed around together on the wet floor.

But onlooker Adisak Khaosaard, 29, walked up the steps and filmed the soaked couple who were oblivious to passers-by.

They were so wrapped up in the moment they also seemed to forget they were being drenched by monsoon rains lashing the area.

Adisak, who filmed the pair from both sides of the motorway bridge, said: ”It happened in the afternoon near a school. They looked like adults, so they should know better.

”I saw them kissing on the steps then they walked up and were lying on the ground. Their clothes were wet.

”It’s a strange thing to do like that in the rain. I think they must be in love so much that water doesn’t bother them.

”I filmed them just because it was funny. I didn’t think it would be shared so much.”

Lt-Colonel Prasong Pumhuayrod, from the Wang Chan Police Station in Rayon, Thailand, said the pair faced charges of public indecency if they were found.

He said: ”We do not know if they were having sex or simply kissing passionately. It is important that we find them.

”These actions are inappropriate. They will be charged with public indecency if they have committed a crime.” 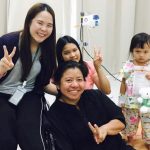