A police manhunt has been launched for a man who made off with more than 10 baht weight gold ornaments in a gold shop robbery at a department store in Muang district of this northeastern province on Saturday evening.

Footage from security cameras showed the man in a pair of jeans, a white T-shirt, canvas shoes and a hood over his head walking into the Kirati gold shop on the second floor of the department store.

He was holding aloft a hand gun, pointing it upwards.

The man entered the shop unnoticed as shop employees were busy with customers. Suddenly, he fired a shot into the ceiling, causing the employees and customers to flee in panic.

He fired another shot with the hand gun to clear the way for his escape before running out of the store, heading in the direction of the city pillar. Nobody was hurt.

Pol Col Preecha said it was unclear how many gold necklaces he had stolen, but they were believed to be of more than 10 baht weight.

Police were deployed to hunt for the robber. 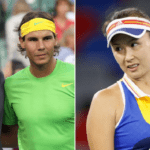 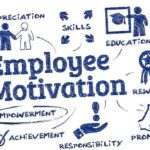 Candidates really don’t care who they work for