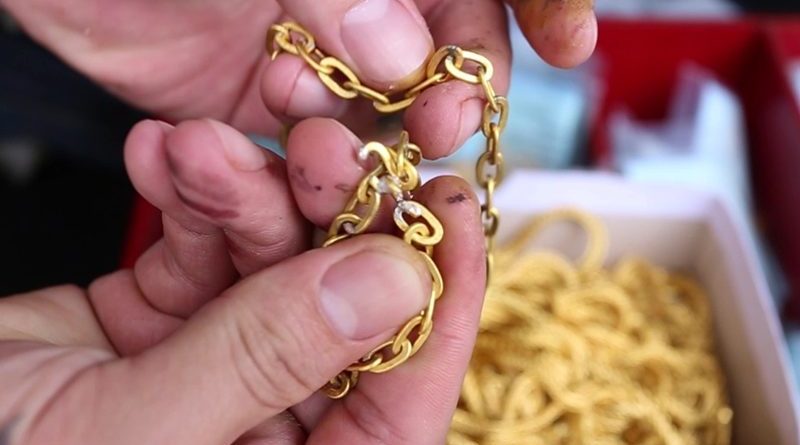 A gold shop owner has come out to the media revealing her loss of over 9 million THB to a fake gold pawn gang.

Over 376 Baht of fake gold was pawned by different people now believed to come from the same group. The scammers took advantage of when the gold price was rising and carried fake gold to the shop. Krit Tianmai and Anadda Tianmai husband and wife the owner of Thong Tian Nid Gold shop filed a report with the  Nong Prue Police in Bang Lamung District, Chonburi Province at 15.00 on 16 August 2020.

They also handed the evidence over to police showing security footage of the many scammers.

Anadda the wife stated that the fake gold is made of silver-coated in gold with real gold clasps. Over a period of 5 weeks, a number of about 12 people came in to pawn the fake gold.

The scammers always stated that they worked in construction and needed to pawn the gold for some cash to pay workers at the construction site. Different from buying gold, the gold shop cannot cut into the gold when it is being pawned.

The gold chains were also the same design and weight. Anadda started to suspect something was off on 14 August 2020 when she realized all the gold coming in from the same group of customers looked the same.

She decided to cut into a chain and it turned out to be all fake Anadda believes this is a professional gold scam gang with more gold shop victims. Hopefully, officials are able to track the group down before they are able to scam other gold shops. 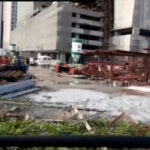 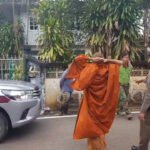 Monk throws Fake Bomb into neighbor’s home before running away