Home » Girl, 18, has seizures for four hours after drink is ‘spiked’ in club 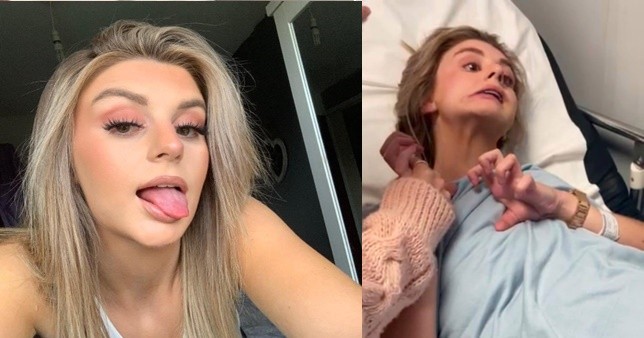 A teenager had seizures which left her ‘looking possessed’ and ‘frozen’ after her drink was allegedly spiked on a night out.

Millie Taplin had gone clubbing for the first time since she turned 18 on Saturday night. But the milestone turned ugly when she had to be rushed to A&E after sipping a drink given to her by a man.

Now, Millie’s mum Claire, 48, has shared a disturbing video of her daughter convulsing in a hospital bed hoping to warn young girls to never accept a drink from anyone else.

Millie said the man offered her a vodka lemonade and told her to ‘try this’ at the Moo Moo nightclub in Southend, Essex.

She only had a few sips because the drink was too strong but about five-to-10 minutes later, she felt ill and ran outside to throw up.

Soon, she could no longer walk or control her hands and legs.

Her friends rushed to help her and called her older sister Sadie, 28, who drove Millie to A&E.

The teenager told The Mirror: ‘I knew everything going on. I could reply to people in my head but I couldn’t get it out.

‘It was really scary. In my head I was there but in my body I wasn’t. I’ve never felt like that.

‘I was in such a state when I arrived. I was so scared. I don’t ever want to go through that again. It was horrible.’

Claire arrived at the hospital to find her daughter having horrific seizures with her hands locked into ‘claws’ and her jaw clenched.

She said: ‘I’ve never seen anything like it. Millie was aware of what was happening but couldn’t speak. It was horrendous, she looked possessed.’

Millie stayed like this for about four hours before she was finally discharged on Sunday morning.

Claire said doctors believe her daughter was given two drugs: ‘one to paralyse and one to knock her out’.

Millie has since recovered but said she ‘probably won’t be going out much more’.

Her mum decided to post the footage of her daughter to show people the ‘reality of being spiked’.

Moo Moo has reminded its customers to be there when their drinks are ordered and to make sure they never leave their drinks unattended.

The club’s manager has promised to give Millie extra security if she ever decides to return to the venue. 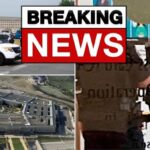 Pentagon on lockdown after multiple gunshots fired outside