Home » Ghislaine Maxwell wipes away tears after being denied bail 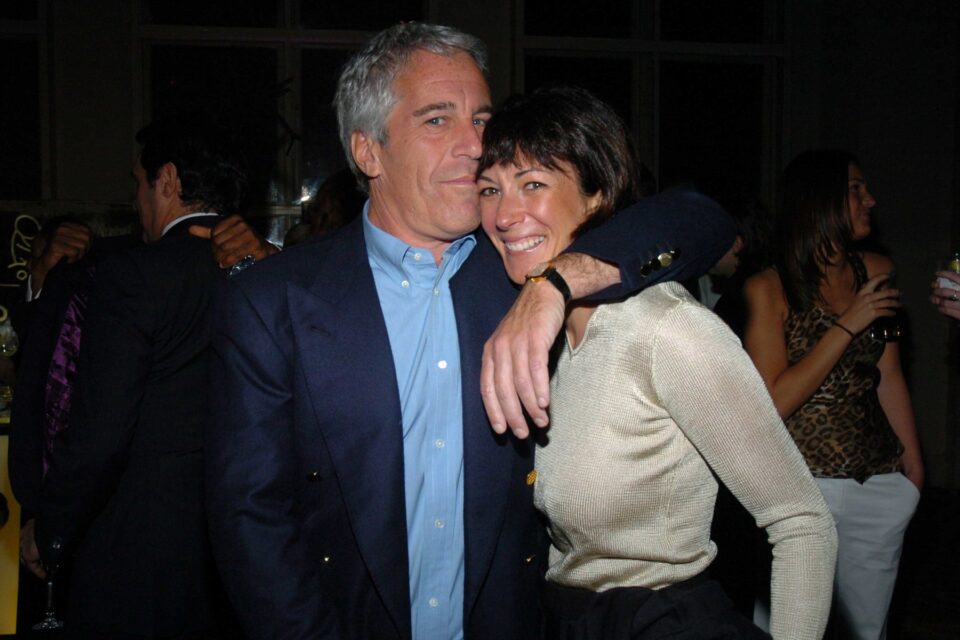 Ghislaine Maxwell cried as she was denied bail on Tuesday and learned she must stay locked up until her trial next summer, as Jeffrey Epstein’s accused madam pleaded not guilty to the sex trafficking charges brought against her.

The 58-year-old wiped tears away and hung her head as she learned her fate, wearing a prison-issued brown top and with her normally short hair now long and swept back into a bun, appearing via video link.

U.S. District Judge Alison Nathan denied Maxwell’s proposal of a $5 million bond co-signed by two of her sisters and backed up by more than $3.75 million in property in the UK.

Maxwell’s legal team had argued she would be confined to a ‘luxury hotel’ in the New York area, surrender all her travel documents and be subject to GPS monitoring.

Maxwell is accused of grooming girls as young as 14 for Epstein to abuse between 1994 and 1997, a period when she was his girlfriend.

She faces up to 35 years in prison if found guilty of the charges, as prosecutors successfully argued that along with her three passports, connections to some of the world’s most powerful people and her own fortune of more than $10 million – Maxwell had every incentive to try and flee.

Maxwell will now return to the fortress-like Metropolitan Detention Center in Brooklyn where she has been given paper clothes to ensure she doesn’t kill herself.

Maxwell is being closely watched as the Department of Justice wants to ensure she does not kill herself like Epstein, who hanged himself last August while awaiting trial on sex trafficking charges.

During the two hour and 20 minute hearing at Manhattan’s Federal Court, Maxwell appeared via video from the Metropolitan Detention Center in Brooklyn.

The small room she was in had white walls, a white bed, a window with frosted glass and a door at the back.

She was wearing a dark brown prison issued top and her dark hair was far longer than in the past – she reportedly has not had a haircut in a year – and was swept behind her head in a bun.

At the start of the hearing, Maxwell rested her elbows on a table in front of the camera and put her head on her hands.

She appeared nervous and pensive and kept looking from side to side, as she leaned into the camera.

Maxwell briefly spoke and only to confirm she could hear the judge and to enter her plea by saying: ‘Not guilty, your honor’.

Her demeanor changed when prosecutor Alison Moe began outlining the allegations against her, sitting back in her chair and bowing her head when Moe accused her of ‘sexual abuse of minors’.

With every allegation, Maxwell either scratched her face or moved her hair, but was emotionless as victim impact statements were read aloud.

It wasn’t until Judge Nathan started reading her decision that Maxwell finally broke down. She began moving uneasily in her chair as the judge said the evidence against her was ‘strong’.

When Judge Nathan said a ‘combination of factors’ showed she had the ‘motive and opportunity’ to flee before her trial, Maxwell wiped a tear away.

The second tear fell as the judge said Maxwell was ‘sophisticated at hiding her financial resources’.

For the rest of the decision, Maxwell rested her head in her hands as she had done at the start of the hearing.

Maxwell sat though prosecutors detailing how she was ‘skilled at living in hiding’ and as two victims argued she was a flight risk, with one writing: ‘Without Ghislaine, Jeffrey couldn’t have done what he did. She is a predator and a monster.’

Prosecutors argued against Maxwell being granted bail, citing that due to holding both French and British passports, she has the ability to ‘live beyond the reach of extradition indefinitely’.

Prosecutor Moe argued: ‘She is good at living under an assumed identity. There really can be no question that she can live in hiding.’

She revealed when Maxwell bought her $1 million home in Bradford, New Hampshire last December, she toured the property with a real estate agent using an alias.

Moe said: ‘The real estate agent told the FBI agent the buyers for the house introduced themselves as Scott and Janet Marshall. Both had British accents.

‘Scott Marshall told her he was retired from the British military and was currently working on a book. Janet Marshall described herself as a journalist.’

Last summer, DailyMail.com previously tracked down Maxwell in Manchester-by-the-Sea, living at a home owned by her tech CEO lover Scott Borgerson. It is unclear if the man who toured the New Hampshire home with Maxwell was Borgerson.

Moe also read out a victim impact statement from a woman identified as Jane Doe, who also made the case that Maxwell was a flight risk.

The victim said she knew Maxwell for 10 years and the socialite intended to ‘deliver’ her to Epstein, all the while knowing the ‘heinous dehumanization that awaited me’.

The woman claimed Maxwell ‘was in charge’ and ‘egged’ Epstein on.

She described Maxwell as ‘sociopathic’ and said she would ‘have done anything to get what she wanted – to satisfy Jeffrey Epstein’.

The victim added that ‘if [Maxwell] is out, I need to be protected’, citing a phone call she received in the middle of the night threatening her two-year-old child.

Annie Farmer also spoke at the hearing, detailing how she met Maxwell when she was 16 years old. Farmer has previously gone on record with her claims against Maxwell.

She said Maxwell ‘has never shown any remorse [and] tormented her survivors… She has associates across the globe, some of great means.’

Maxwell’s attorney Mark Cohen tried to argue his client was not a flight risk, claiming she has community ties and is ‘part of a very large and close family’.

He said: ‘Our client is not Jeffrey Epstein, and she has been the target of endless media spin’, leading prosecutor Moe to later shoot back: ‘These are the facts. It is not dirt, it is not spin, it is evidence to the court.’

Cohen claimed Maxwell had received numerous threats and denied she had refused to open her front door to the FBI when they raided her home on July 2.

He claimed her front door was unlocked, the windows were open and she had ‘surrendered’ to the agents.

Addressing reports that Maxwell had wrapped her mobile phone in tin foil, which prosecutors called a ‘seemingly misguided effort to evade detection’ by law enforcement, Cohen claimed her phone had been hacked and she had to preserve the phone as evidence. 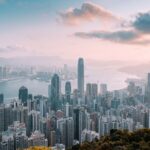 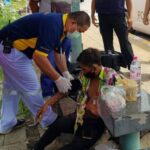