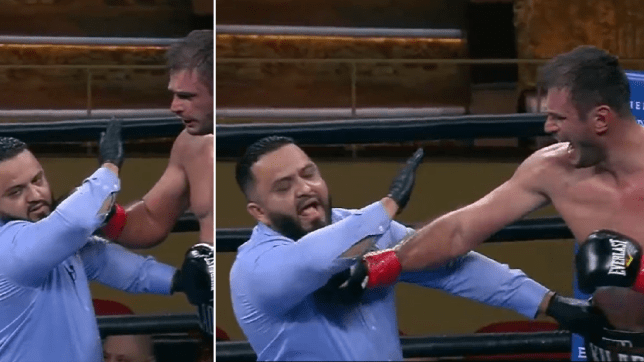 Heavyweight boxer Iago Kiladze threw a punch at a referee following his controversial defeat in the ring.

Kiladze suffered a second-round defeat to Viktor Faust on the Charles Martin vs Victor Ortiz undercard in Florida on Saturday night.

There were five knockdowns in their thrilling contest with Faust forced to survive two of them before securing the win that extended his professional record to 9-0.

In a brutal second round, Kiladze hit the mat after the fifth and final knockdown of the fight but beat the count and appeared able to continue.

Referee Samuel Burgos thought otherwise however and waved off the contest, handing the win to Faust in a decision that was loudly booed by those in attendance.

Kiladze, who slightly staggered to his right when asked to come forward by the referee after getting to his feet, was furious with the decision to stop the fight.

In his frustration, the Ukrainian threw out a soft right hand that connected with Burgos’ chin, prompting the referee to shout: ‘What the f**k are you doing? Fight’s over!’

A commentator calling the action said: ‘You cannot do this. That’s going to cost him money, you can’t do that, you can’t get violent with the referee.’

Burgos appeared unhurt and was able to laugh off the incident shortly after.

35-year-old Kiladze, who has won 27 of his 34 professional bouts, is a former opponent of British heavyweight Joe Joyce. 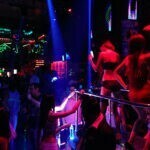 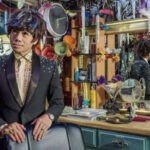