Home » Germany finally realises what BREXIT will COST THEM 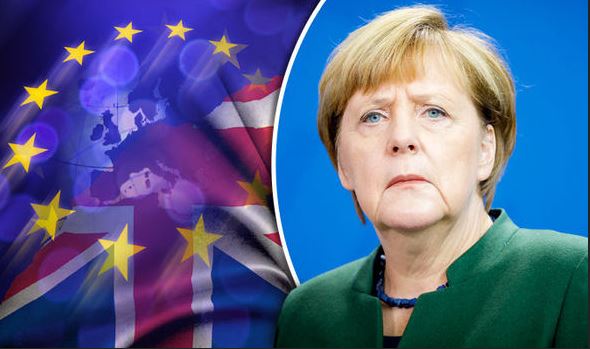 GERMANY will be forced to pay an extra £13.2billion a year to the EU after Brexit, in a move that has sparked fury among Germans who are already the bloc’s biggest contributors.

Germany must find the extra cash to make up the EU’s budget shortfall after the UK leaves the bloc.

The amount will increase Germany’s gross annual contribution to Brussels to a massive £40 billion.

The huge sum will help to fill the massive hole in the EU’s budget after Brexit Britain pulls out of Europe.

The payment, revealed in a report published by the EU’s finance ministry, has provoked anger among Germans.

The EU have demanded more money from Germany despite the country already contributing the most to the bloc out of all member states.

It comes as the UK and the EU struggle to reach a Brexit deal with Britain’s exit date looming.

Theresa May is set to meet with MPs from the powerful 1922 Committee today – which is made up of backbench MPs – over concerns about the Prime Minister’s Brexit plans.

Some 50 MPs in the Prime Minister’s party have now publicly opposed her Brexit proposals.

And Mrs May is at a deadlock with the EU over the Irish border, with the two sides failing to reach an agreement to prevent a hard border.

An extension to the transition period, during which time the UK will remain tied to the EU, has been suggested as a way to break the impasse.

The transition period is currently due to expire at the end of 2020.

But leaked Cabinet papers obtained by The Times have revealed that the transition period could become a “long-running” arrangement, despite Mrs May’s previous claims that any extension would only last a few months.

The documents said the plan “could, in theory, lead to a long-running IP (implementation period)”. The arrangement could last for years on a “rolling” basis.

A Downing Street spokesman said: “This is nothing more than a partial reflection of advice to ministers, and not of decisions taken – the Prime Minister made her position absolutely clear in the House of Commons on Monday.

“As the PM said then, we do not believe any extension to the implementation period will be necessary, and in any event we would have to be out of it well before the end of the Parliament.

“We would not accept a position in which the UK, having negotiated in good faith an agreement which prevents a hard border in Northern Ireland, nonetheless finds itself indefinitely locked into an alternative, inferior arrangement against our will.”

One thousand foreigners rounded up in Thailand