Karon Police Chief Col Prawit Sutthirueangarun has confirmed to The Phuket News that the body of the man found floating 500 metres offshore from Karon Noi Beach in July has been identified.

Col Prawit confirmed that the man has been identified as Dierk Suhr, 48, from Meldorf, Germany.

The breakthrough follows a reader of The Phuket News providing a photo of a man who had fallen out of contact with friends and family back home in Europe.

The family have since confirmed through photos that the body is of Mr Surh, Col Prawit said.

However, Mr Suhr made his way to Phuket.

“He checked in at a hotel in Patong about 400 metres from the beach. He checked in on June 24 and checked out on June 26. Staff at the hotel confirmed they had not seen him since then,” he said.

Mr Suhr’s body was found on July 10. It was first seen by a passing local boat operator saw it in the about 500 metres off Karon Noi Beach. Rescue workers brought it ashore that evening.

He was dressed in a black singlet, sports shorts and trainers.

While Karon Police were trying to identify Mr Suhr, his permit to stay expired on July 29, raising a flag for the Immigration Bureau, Col Prawit explained.

That provided another opportunity to identify him, he said.

While confirmation that the body’s identity has been made by Mr Suhr’s family members through photos, the formal identification process has yet to be completed, Col Prawit explained.

“We are now waiting on German embassy officials to reply to our request of a family member to provide a DNA analysis report so we can confirm by matching it DNA tests done on the body recovered.

“DNA samples were sent to Bangkok on Aug 9 so they could be matched with DNA samples from his family. If the DNA tests do match, at least we will have brought some closure to the family,” he said.

However, Col Prawit admitted that his officers are no closer to understanding how Mr Suhr ended up in the sea with his shoes still on.

“Doctors at Vachira Hopsital confirmed that he died by drowning, but we found no bruises on his body. We have no idea how ended up in the water, but no reason to believe that he was murdered,” Col Prawit said. 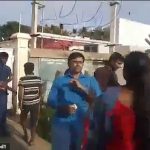 Video: Man is beaten up by his TWO WIVES 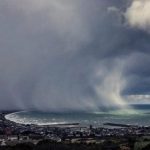 Heavy rains, strong waves warning issued for the next 24 hours