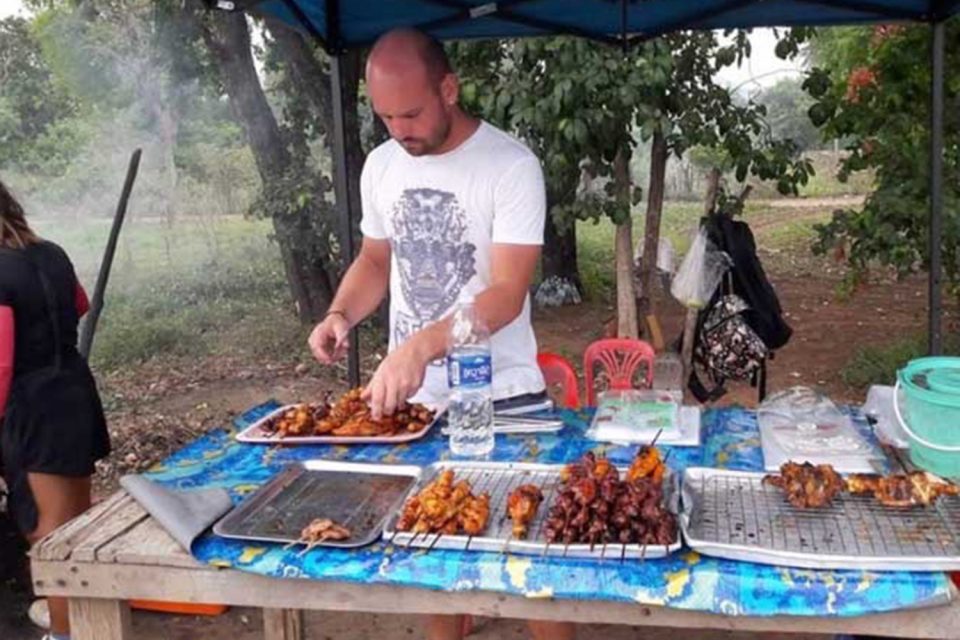 A German man gained social media attention while helping his Thai wife sell grilled chicken, and that also drew police attention – and he turns out to be wanted man, subject of an Interpol red notice.

Things started going wrong for Maximilian Fernsebner, 34, after photos of him helping his wife sell gai yang  from a pushcart in front of a housing estate in tambon Pak Chong were posted online in mid-May,  and he won praise from netizens.

Immigration chief Pol Lt Gen Sompong Chingduang said on Tuesday they ran a routine check on the man, including checking his record through the German embassy. They discovered Mr. Fernsebner was wanted on an Interpol red notice.

Police were sent to arrest him at his home in Ban Pong Prathun village in tambon Pak Chong, but he fled into a forest behind the municipality office, hiding out there for two days before he emerged and surrendered, the immigration chief said.

Before his surrender, police had been contacted by the embassy and advised the suspect had phoned his mother in Germany and said he wanted to turn himself in. He set a precondition that embassy officials must be present. Police then withdrew from the area.

A consular official then traveled to Ban Pong Prathun.

Mr. Fernsebner admitted he had been in hiding in a local creek for two days, using a tube to breathe through when necessary.

Pol Lt Gen Sompong said the suspect had entered Thailand in 2017 before Interpol sent out its red notice.

When news that he was being hunted became public he left the country via Nakhon Phanom.

After the search died down he returned to Thailand by hiring a Lao boatman to take him across the border through a natural crossing. He then linked up with a Thai wife and they moved to stay in her village, which he saw as a quiet, out of the way place.

And it was until photos of him selling grilled chicken were splashed in the social media spotlight, Pol Lt Gen Sompong said.

Mr. Fernsebner was being held in police custody, pending his return to Germany to stand trial 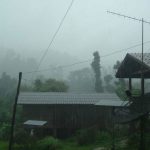