Authorities are trying to figure out how to get them home. A local Hillcrest married couple were arrested at Don Mueang airport in Bangkok on Tuesday night.

Travis Dasilva, nee Ti, and Joseph Dasilva had warrants that charged them with showing their naked buttocks at Wat Arun (Temple of Dawn) in Bangkok. Both men are United States citizens and were taken into custody by immigration police. The 38-year-olds were taken into custody at the airport at approximately 8 pm local time while trying to leave the country said Pol Col Choenron Rimpadee, deputy spokesman of immigration police. Both Travis and Joseph admitted to bending over and posing for the picture at the temple and were taken to the police station for legal action. They were charged with getting naked in public which violates criminal law and could carry a fine of up to 5,000 baht. City Commissioner Nicole Murray-Ramirez says the men reached out to him for assistance and he is currently talking to American authorities on what to do next. “Though I am very disappointed in their actions, I am talking to U.S. government officials to see what assistance we can give them,” Murray Ramirez told San Diego Gay and Lesbian News. Pol Col Choengron said in the report that tourists should have respect for “places of cultural, historical and religious importance because it is simple good manners.” The Americans were detained at the police station in order to be brought to court.  Source: SDGLN 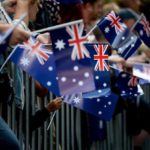