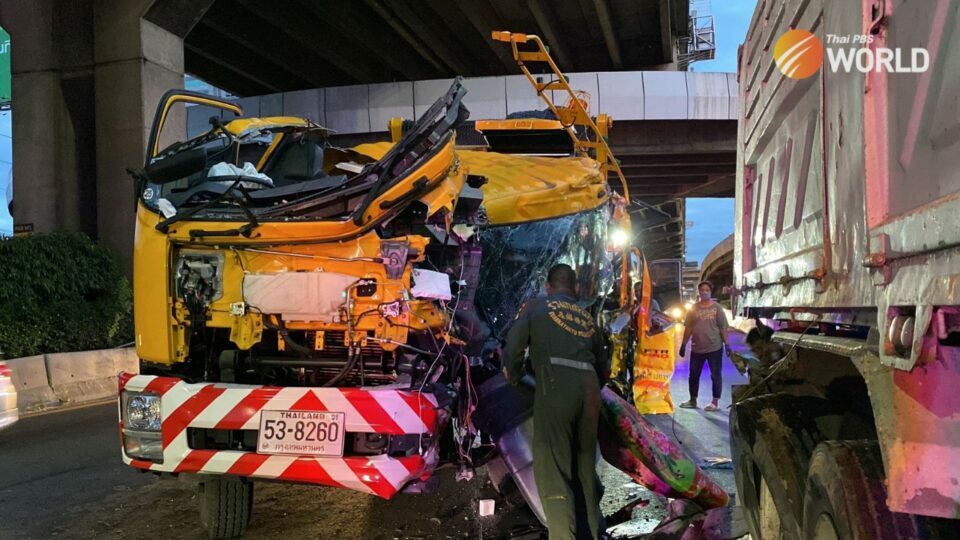 A garbage truck driver, working for the Bangkok Metropolitan Administration (BMA), was injured and trapped behind the steering wheel he collided with a slow moving 10-wheel truck with a burst tire on the in-bound Vibhavadi Rangsit highway in Bangkok early Saturday morning.

Emergency services had to use hand tools to free the driver, who was taken to a nearby hospital.

The 10-wheel truck driver told the police that as he was in the right-hand lane of the highway, on his way to a construction site in the Lat Phrao area, when one of his tires burst, forcing him to slow down and cross to the left lane and onto a parallel road to replace the tire.

He said that he felt a jolt as a yellow garbage truck rammed into the rear of his vehicle, which sustained extensive damage.

Police closed two in-bound lanes to traffic after the accident, to allow a crane truck to move the two trucks onto the parallel road.

No charges have been filed against either driver yet, as police have to question the garbage truck driver once he recovers. 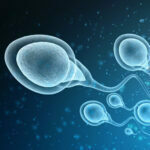 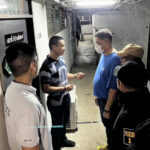