Fulham Come Into This Game On The back Of Two Premier League Straight Victories And Clean Sheets With Scott Parker Wanting More. But Defeat For Warnock’s Side Could Mean The End For Cardiff. Team News. Manager Comments. Stats, And Prediction.

For some teams, being relegated with still a few games to go, can prove to be a confidence booster in a strange kind of way. They can play with no pressure. Fulham appears to be one of those teams.

This year they’ve produced three spirited home performances against top tier sides Liverpool, Tottenham, and Chelsea. Each game they lost 2-1 and those sides would have been relieved to have escaped from Craven Cottage with all three points.

Since Watford crushed them 4-1, which made their goals against total 76 and confirmed relegation lifting the pressure, Fulham have beaten in form Everton 2-0 at home and unpredictable Bournemouth 1-0 away. Interim manager Scott Parker will be hoping for more of the same against battling Cardiff

“Relegation brings a lot of disappointment and uncertainty, and you understand the squad is going to change. When you’re at a football club with quality players, you’re in a position that if clubs come in and the players don’t want to be at the football club, you have a tough decision.

But the owners are very positive and will be doing everything in their power to keep the squad as strong as possible going into next season.

It’s always nice to hear that players I’m coaching are appreciative of what we’re doing. That’s helpful, but ultimately I’ll get judged on results and what my team looks like every weekend, and I’m fine with that.

At times this year, we’ve been quite naive, but certainly, over the last matches, we’ve managed games really well and protected our goal.

They come on Saturday fighting for their lives, and I’m looking at this game thinking it’s probably one of the toughest we’ve had, certainly since I’ve been here, due to the manager we’re facing and the fact the team is scrapping.

I think we realise the challenge and we’ll get that message into the players for the weekend.”

Cardiff are battling and they won’t go down without a fight. Last season, with both teams in the Championship, Fulham were on a roll and seemed destined to catch Cardiff in second place. But Warnock’s team dug in and Fulham did it the hard way through the play-offs. That mentality, and the fact that they still have some hope of escaping, should be enough to see Cardiff across the line.

Víctor Camarasa could be the difference between the two sides. 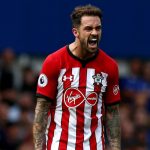