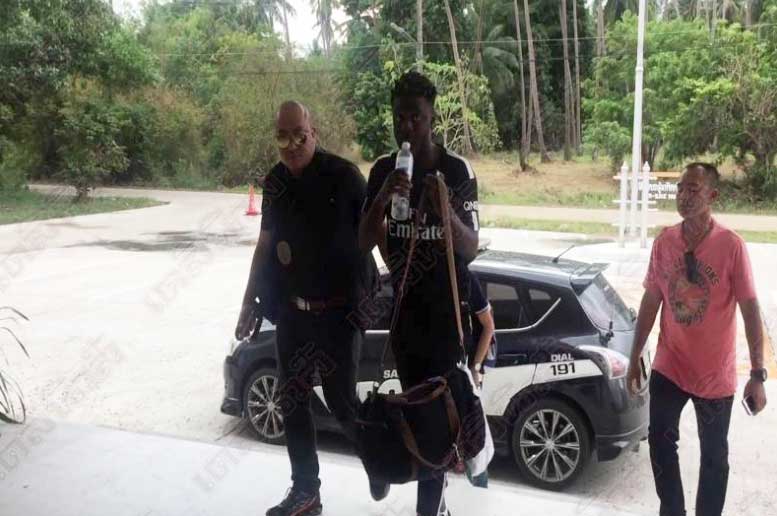 A man claiming to be a French policeman was arrested in Phuket on Sunday after an 18 year old British woman said that she had been raped on Koh Tao.
Yohan Michael Tunka Bunga, 26, denies rape saying the sex was consensual.
Pol Lt Col Piyapong Bunkaew told Daily News Sunday that the suspect had been apprehended in Phuket after leaving a hotel room in Koh Tao.
The 18 year old had gone out on Wednesday evening with another woman and her Turkish boyfriend and met the suspect. She thought she had been drugged.
She woke up next morning in Room 203 at a hotel and there was a black man in boxer shorts next to her. He was fondling her genitals.
She was dressed only in a t-shirt. She felt pain in her genital area.
She dressed quickly in the toilet where she sent a message to a friend in Britain to say she had been raped by a black man. She then left and called her mother who contacted the British Embassy.
Police in Koh Tao were alerted and she was checked at a hospital in Koh Tao.
Police found that the room was rented to Mr Bunga and he was now gone. He was found in Phuket at the weekend.
He admitted that he had met the teen and that they had got on well together. They then went to his room where consensual sex took place.
He has been detained.
He told Koh Tao cops that he is a French policeman on holiday. DN – EP