To date, fourteen alleged victims of sexual abuse have lodged complaints with Lumpini police against former Democrat party deputy leader Prinn Panitchpakdi, in Thailand’s most high-profile “Me Too” case so far.

Seven of the complaints were filed yesterday (Monday) alone.

According to the police, all 14 women insist that they did not know each other previously but, after being allegedly sexually abused, they felt dehumanised until they decided to come forward to the police.

Most of the alleged sexual abuse took place in recent years, with one case, a 43-year-old woman, alleging that she was assaulted by Prinn about 15 years ago, while they were both working in the same building in Bangkok.

Another woman alleges that she was abused in the UK five years ago, when she was then a student there.

The youngest in the group is 18 years old, while another complainant said she was 17 when she was allegedly molested when Prinn drove her three years ago.

Most of the women are represented by Sittra Biabungkerd, a lawyer from the People’s Lawyers Foundation.

Yesterday, Deputy Commissioner of the Metropolitan Police Bureau Pol Maj Gen Trairong Piewpan led a team of Lumpini officers and a forensic team to a condominium in Sukhumvit Soi 3 in Bangkok to search a room occupied by Prinn and where several of the alleged victims claim they were sexually assaulted.

Pol Maj Gen Trairong said that, even though several of the alleged abuses were committed a long time ago, some of the evidence may still be useful and police will try to collect as much of it as possible.

He said that he will not know whether the room has been cleaned up until the police have thoroughly searched it.

He also explained that the police did not allow any of the alleged victims into the room during the police search for fear that their presence might contaminate an alleged crime scene.

On Sunday, Sittra released an audio clip, purported to be a phone conversation between Prinn and one of his alleged victims, asking her to let justice run its course and not to “heap any blame on him.”

The voice, purported to be Prinn’s, said the allegations were part of a political game and implied that the Opposition Move Forward Party may be involved.

Thailand, along with 88 other countries, removed from US ‘Don’t Travel’ list 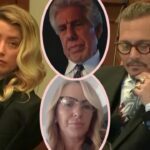 Johnny Depp text message to his doctor about his penis