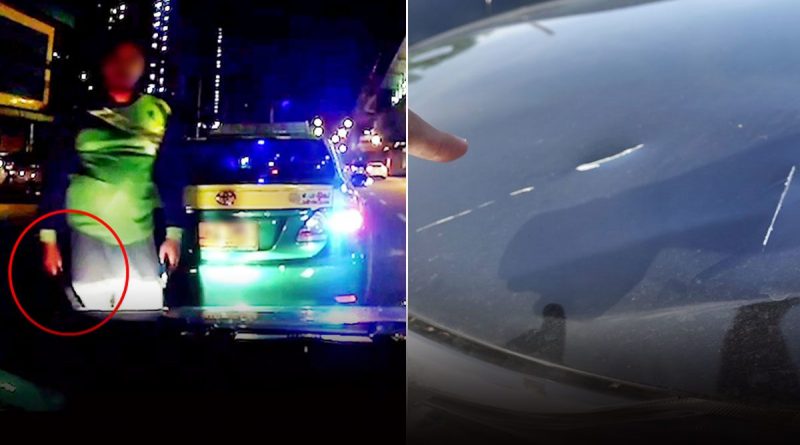 A taxi driver started acting out while on the road and attacked a vehicle with his Sparta knife. The Department of Land Transport (DLT) has been notified of the incident and an investigation has been started. Officials reveal they now know who owns the taxi, an inspector from the DLT has sent a notification to police. A video was posted online by Facebook User “Pum Wachrasuk” showing the incident that took place on 8 October 2020 at 21.30. A taxi driver almost drove into a car, at first the situation seemed to be alright as the taxi driver came out of his car and put up his hands in a praying position in front of the other car.

Then the situation took a turn as the taxi driver came out of his car once again but this time holding a Sparta knife. The taxi driver started hitting the car with the knife. The driver and passengers inside the car were terrified and decided to remain inside. There were a woman and a child sitting inside. The incident took place on a bridge above the Tha-it intersection on Ratthanathibet Road, Nonthaburi Province. Khaosod News reported on 8 October 2020 that the DLT has checked the information on the taxi in the video. This is a green and yellow taxi with a Bangkok license plate.

The car was registered on 27 March 2014 and the owner is Sawai Naknuan. Sawai has a public vehicle driver’s license no. 54004299 that has been expired since 7 December 2015. The license was never extended and he has been driving illegally as a taxi driver for over 5 years. From his actions recorded in the video, Sawai has violated the Vehicle Act, B.E. 2522 according to Section 57(2) and Section 60 for displaying rude behavior. The punishment is a fine, not exceeding 1,000 THB. He has also violated Section 65 in relation to driving a public vehicle with an expired public vehicle driver’s license. The punishment is a fine, not exceeding 2,000THB. Sawai has been contacted and an inspector from the DLT has sent a notification to Bang Sri Muang Police in Nonthaburi. 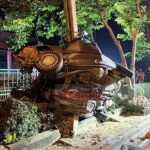 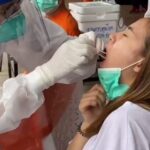 19 Chinese crossed into the country illegally