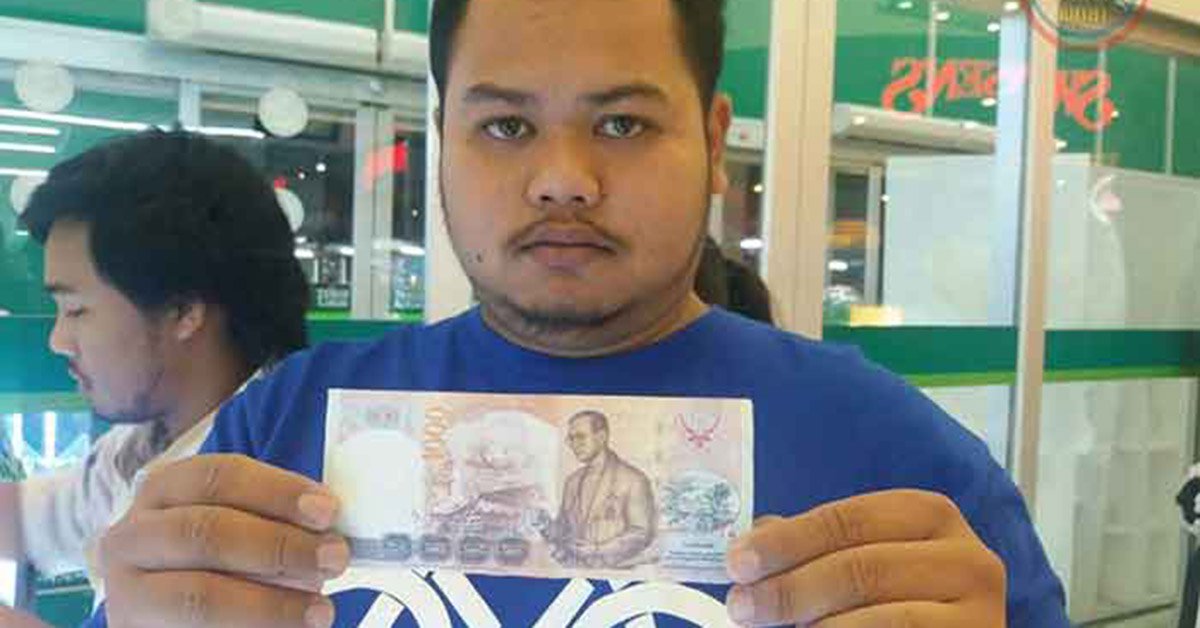 One trader online has furiously blamed a group of men who he believed to be from the Middle East for knowingly using the fake notes.

In a total of Four shops in Tesco Lotus and shops in the surrounding area were victims of the con. The owner of a mobile phone shop in Pattaya Kiradech Nomneuy, 25, said a group of “Khaek Khao” (a term used for Middle Eastern men with light skin color) wanted a film coating added to a phone. They paid with a 1,000 baht note for the work that cost 250 baht then hurriedly left, only then did Kiradech become suspicious and realized the note was a forgery.

He said that the Thai numerals did not match their Roman numeral counterparts and that under closer inspection real notes feel “softer.” Pattaya police are investigating the matter and are using CCTV to get a lead to apprehend the foreign members taking part in the con. Police have urged the public to be vigilant.– Love Pattaya

Vietnam has marked “the strongest storm in a decade”

TAT: Tourists gather to Pattaya is a good Image