Home » TAT: Tourists gather to Pattaya is a good Image

TAT: Tourists gather to Pattaya is a good Image

Tourism Authority of Thailand (TAT) has an announcement, that in the first half of 2017 roughly 8 million tourists flocked to Pattaya already.

Meaning that the popular resort city is on track to beat last year’s total number of visitors. The TAT Pattaya office director Suladda Sarutilavan said today, that the number of tourists coming to Pattaya had risen by 5% compared to the same period in 2016. She also said that tourist spending for the first half of this year was up by 15% totaling 110 billion baht spent in Pattaya. In 2016 a total of 13.7 million tourists visited Pattaya, spending 200 billion baht on activities and accommodation. Foreign tourists made up 65% of all visitors with Chinese tourists dominating that percentage with 2.54 million visiting the resort city, followed by 800,000 Russian and 600,000 Korean tourists. The number of tourists heading to Pattaya is only expected to increase as transport links to the city continue to be improved by the government. –Love Pattaya 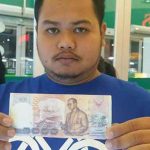