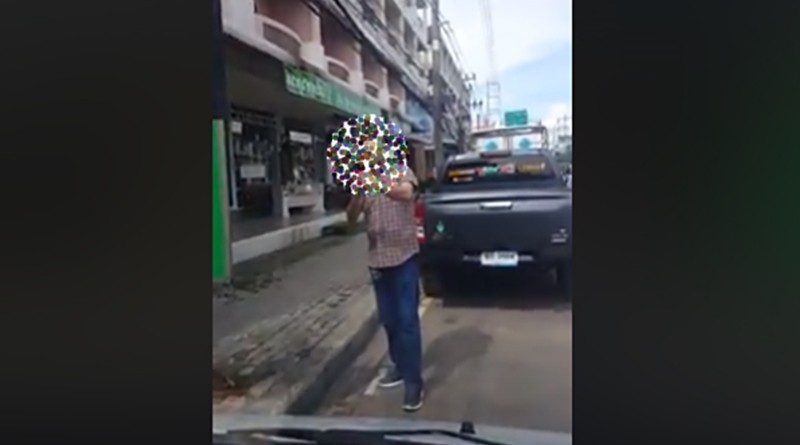 A foreigner was filmed in Pattaya placing a “customers only” parking sign in front of a famous fast food restaurant. The only problem is that the road in front of the shop was not a private road, it was a public road connected to the main road. The Police were called to the location when they arrived the man wouldnt talk to the police and chose to go hiding. 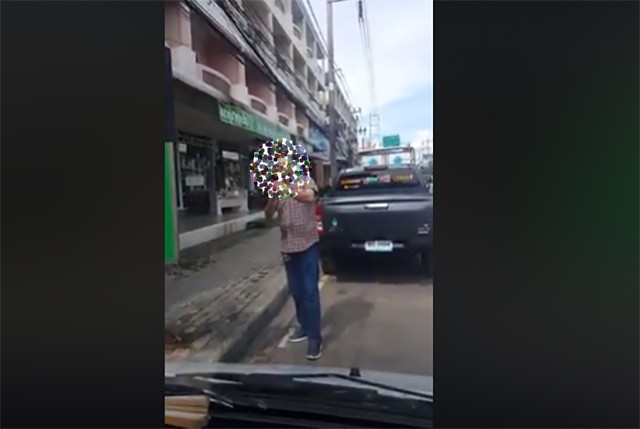 The Facebook Page PattayaWatchdog shared a video asking netizens opinion on whether the foreigner’s action was right or wrong. In the footage, the foreign man can be seen standing in front of a famous fast food restaurant with a phone in his hand, he seemed like he was taking a picture of the car parked in front of the “customers only” sign placed on the road. The restaurant in this incident is located on Thepprasit Road, Pattaya City. 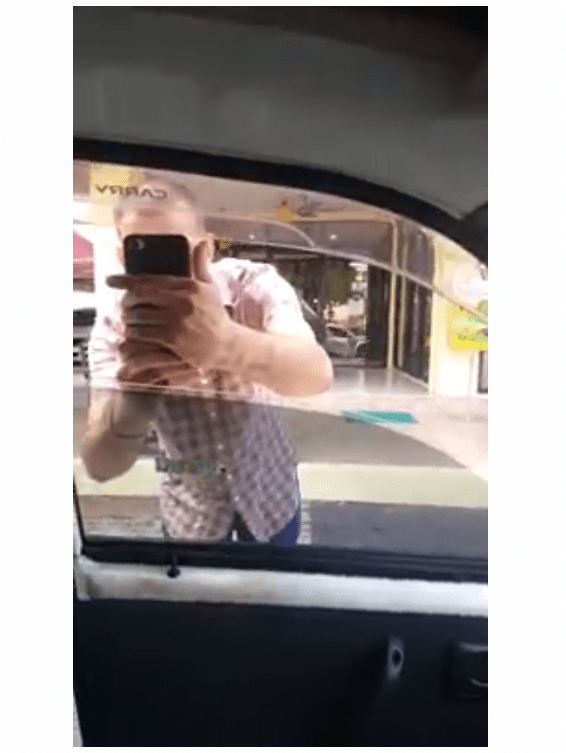 In the video, the Thai man sitting in the driver’s seat inside his car stated that the man holding the phone told him to go away. He was not allowed to park on the road as the man stated that the area was reserved for customers only, but the issue was it seemed like it was a public road. The foreigner was standing in front of the sign with a phone in his hands, he then walked to the passenger’s seat and stuck his phone inside the car window to take a picture of the Thai driver. 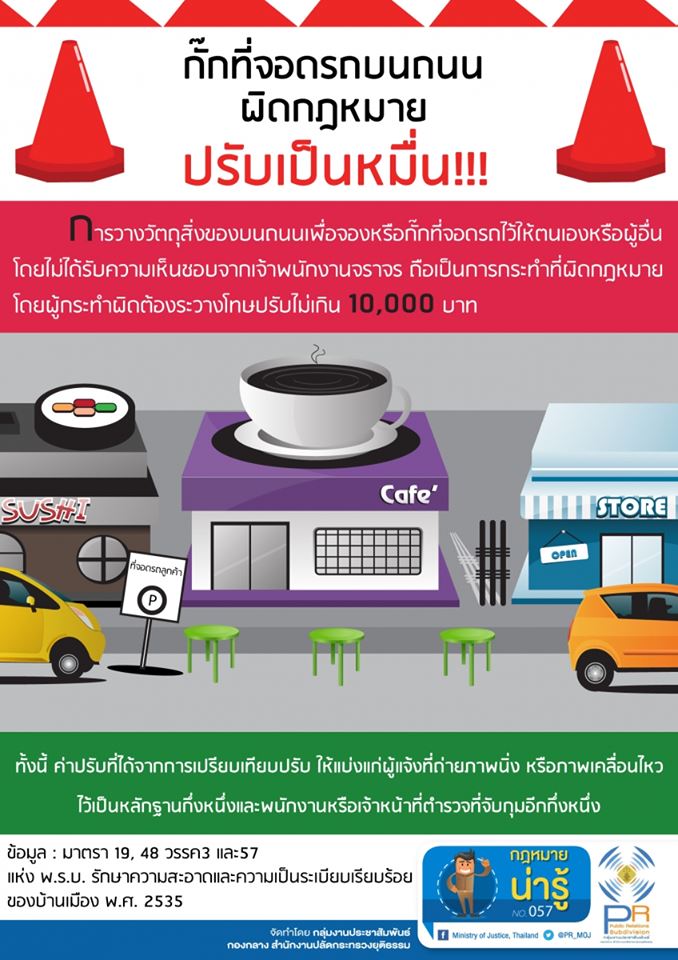 The Page posted the video along with the caption, “Everyone has the right to share a public road, but the owner put up a sign that stated customers only.”. The page also tagged the Pattaya Traffic Police and continued with, “This incident took place on Thepprasit road in Pattaya on the 2nd of this month according to the video owner.

After the video ended, the foreign man challenged the Thai driver to call the police, so he did. Then when the police arrived the foreign man went to hide in an apartment building located at the back. The police called the staff from the restaurant in the video to send a warning message to the owner that he must remove the sign from the public road, or the police will have to take the sign to the police station.”.

Credit: Facebook Page: PattayaWatchdog
Placing a sign or an object on a public road with the intention to secure a parking spot for private use or for other persons is illegal with a fine not exceeding 10,000 THB. 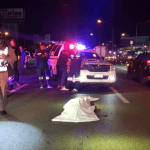