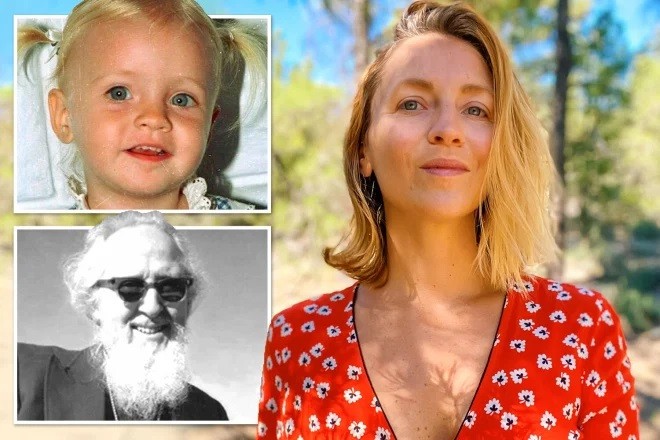 BORN into one of the world’s most notorious cults, Serena Kelley, 38, suffered at the hands of its paedophile leader.

Now a trauma specialist in Houston, Texas, she shares her story of empowerment and hope.

Wearing a new pretty pink dress, with my mother beaming at my side, I looked up at the 67-year-old man as he slipped a ring on my finger. I was three years old – given as a child bride to David Berg, the leader of apocalyptic sex cult Children of God.

My parents Sara, now 71, and Alfred, 69, joined Children of God in the early ’70s and met while living in one of its American communes. Founded by Berg in the late ’60s, it began as a Christian group with a message of peace and love.

But as its numbers grew, Berg became fanatical, claiming the world would end soon and only his followers would be saved. He also declared sex – including with children – was to be celebrated.

By the time Mum was pregnant with me in 1982, she was in Berg’s inner circle and had moved to the Philippines to live in his compound with my dad and older sister. Even before I was born in February 1983, Berg had plans for me.

He chose my name and my pseudonym Mary Dear, and chronicled my childhood in the cult’s publications, sent to followers around the world to show what was possible when you raise a child “right.”

Berg’s followers lived in poverty in communes with limited food and resources. But his private Manila compound where I resided, had a mansion, multiple houses and a pool. Behind the luxurious facade, however, abuse was rife.

I was beaten and men and boys regularly sexually abused me – it was a part of daily life for me and the other children, and I always felt unsafe.

In 1986, when I was three, my mum led me to Berg’s home where we were “married”. An adult-sized heart-shaped ring – with tape inside to make it smaller – was put on my tiny finger. My parents were thrilled, but I just saw him as a disgusting old man.

When I was four, Berg sent me, my mum and sister to a commune in Japan. I lived with two cult members – a man and a woman – who would grope and beat me. I rarely saw my parents – breaking up families was Berg’s way of controlling people.

In Japan I saw children being trained for God’s Army – made to stand in silence for hours with lights shone into their eyes, some fainting from hunger.

Occasionally a car was sent to bring me to Berg, who had moved to Japan – but in 1989, when I was six, my mum, sister and I were moved to a commune in Brazil and I never saw him again.

My ordeal, however, was far from over. I was woken by a whistle blasting, loud singing or guitar playing. Then followed hours of brainwashing about the “evil” world, military-like drills to prepare for the apocalypse, cleaning or being sent to beg for money.

By now, Mum was so senior in the cult that I rarely saw her. She’d travel to compounds in other countries, and when she did come to see me, there was no bond. She’d take me to the beach to play, but would also tell me that if God asked her, she’d kill me as a sacrifice.

Berg died in 1994 when I was 11, and I’d been brainwashed so much, I actually felt sad. His wife Karen Zerby took over, and I went to live in various Central and South American countries.

But the older I got the more broken I felt. I wanted out, but I had no money, phone or internet access.

I rebelled by cutting my hair and wearing baggy clothes, both of which were forbidden. Mum said I was a disappointment, but I preferred looking “ugly” because it meant less abuse from boys and men around me.

Aged 18, in 2002 I returned to America with Mum. I lived with her initially, but knew I had to break away. I met some ex-cult members who came to my rescue. One let me stay with her, and another gave me a job in her massage parlour.

It meant I could save up to rent an apartment of my own. Mum was furious, but I was determined she’d never control me again. Adjusting to life on the outside was hard.

I didn’t know about CVs or credit cards. I ended up owing thousands in taxes because I had no idea I was supposed to fill in a tax return.

But I was determined to put my past behind me – if anyone asked, I’d lie that I’d grown up abroad because my parents worked for an NGO.

In 2013 I enrolled at university in Austin, Texas, to study corporate communications, but although I came across as confident and happy, I was struggling with anxiety, an eating disorder and depression.

I completed my degree in 2015 and began a career in IT. When I lost my job as an account manager in 2019, it was a watershed moment.

My career was how I valued myself outside the cult, so I was devastated. I needed to face my past, so I wrote an Instagram post about my life in the cult and cried for two days, overwhelmed at letting the truth out.

Friends were incredibly supportive, but shocked. They’d say: “But you seem so normal.” Others reached out with their experiences of sexual abuse. I realised even people who hadn’t been in a cult had something to heal from.

I’ve since researched child trafficking and realise that’s what happened to me. I’m committed to fighting it – writing on social media and highlighting amazing organisations like Operation Underground Railroad.

Being aware of the signs means we can help stop this appalling trade. Like the other kids Berg married, I carry many scars from my life in the cult, which changed its name to The Family International in 2004, before disbanding in 2010.

It now operates as an online network with 1,500 members. My mum, dad and sister left too, but I haven’t seen my mum for over a year and I don’t have a relationship with my dad or sister.

I’ve had therapy to help with my eating disorder and depression – it’s an ongoing process, but today I feel whole, happy and unafraid.

Last year I took a course in trauma recovery coaching and am certified to help others. I’m single, but open to having a family when the time is right.

I still have the ring David Berg placed on my finger 35 years ago – while once it was his way of controlling me, now I keep it as proof that this happened to me.

I share my story not just to help me accept my past, but to give me back my power. I no longer feel ashamed. 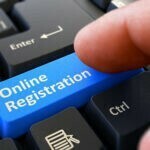 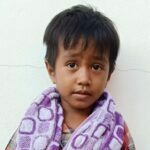