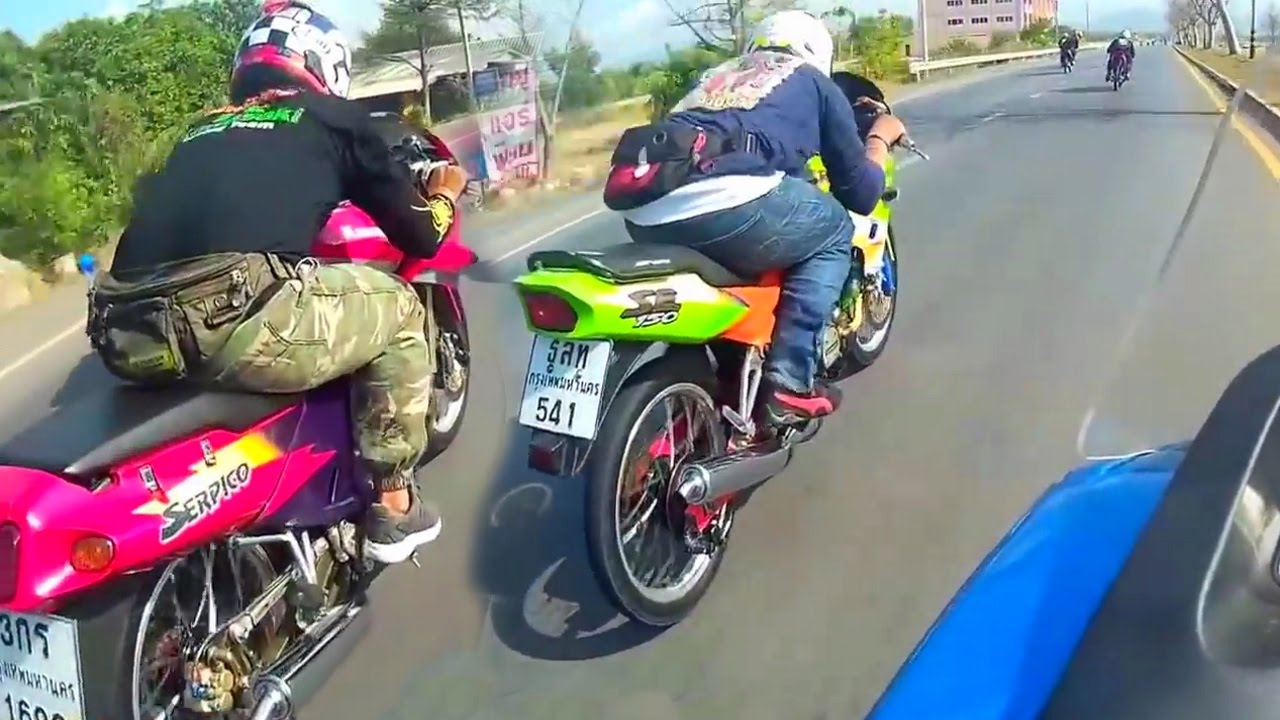 Police in Samut Prakan province seized a car and some 500 motorcycles in an operation to crack down on road racing on Friday night.

Pol Maj-General Surachet Hakpal said police from 14 police stations in Samut Prakan set up road checkpoints to check for vehicles that were illegally modified for racing. They impounded a car and some 500 motorcycles. The operation also found that 10 motorcyclists tested positive for drug use. They would be fined and subject to mandatory rehabilitation, Surachet added. He said police also checked 61 motorcycle parts shops in Samut Prakan and arrested the owners of two shops for allegedly providing services to modify motorcycles for road racing. SN – EP

Ayutthaya man ‘jumps to his death’ in mall