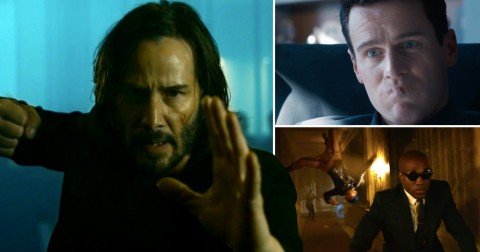 Film fans have been given their first full taste of the fourth instalment in the Matrix franchise in a trailer that reintroduces Keanu Reeves’ hero Neo.

The Matrix Resurrections will be released in cinemas and on the HBO Max streaming service in December.

The original Matrix movie came out in 1999, and the first two sequels were both released in 2003.

The series involves a virtual reality constructed by a futuristic artificial intelligence to enslave humankind.

Returning co-star Carrie-Anne Moss can also be seen in the trailer, which had its online premiere on Thursday.

Here are five things we took away from the first look at what is already one of the year’s most eagerly-awaited blockbusters.

The trailer opens with a bearded Reeves seeking guidance from a bespectacled psychiatrist, played by Neil Patrick Harris of How I Met Your Mother fame.

Reeves’ character says he is having dreams that seem to allude to Neo’s past as the Messianic figurehead of a resistance movement at war with the AI behind the Matrix.

Reeves, whom Harris calls Thomas, seems oblivious to the truth Neo learned in the first film – that the world he knows is a sophisticated simulation cooked up by computer.

But he discerns that something is up as he takes an elevator, studies his reflection in a mirror and sits in a bathtub with a plastic yellow duck perched on his head.

Given Neo appeared to die at the end of 2003’s The Matrix Revolutions, we’re led to ponder if Reeves is playing a different or alternative iteration of his original character.

The same may also apply to Moss’s resistance fighter Trinity, who doesn’t appear to recognise Reeves when they meet and shake hands in a coffee shop.

Then again, Thomas/Neo may be trying to block out memories of the man he once was – possibly by swallowing handfuls of tell-tale blue pills.

In the original film, Neo was offered a pill of that colour that would allow him to return to and continue his simulated existence.

Neo, of course, chose to take a red pill that, in the words of Laurence Fishburne’s Morpheus, let him “stay in Wonderland and [see] how deep the rabbit hole goes”.

Alice in Wonderland by Lewis Carroll is a recurring motif in the Matrix universe and appears again in book form in the new three-minute trailer.

A rabbit tattoo that alludes to Carroll’s White Rabbit is seen on the arm of another character, played by British-Chinese actress Jessica Fenwick.

The backing music, meanwhile, is Jefferson Airplane’s White Rabbit, a psychedelic 1967 anthem itself inspired by Carroll’s writing and imagery.

At the exhortation of Candyman actor Yahya Abdul-Mateen II, beardy Keanu ends up taking a red pill that seems to unlock the Matrix’s secrets.

It also seems to reawaken the martial arts prowess that enables him to strike his new friend so hard it shatters the simulated dojo they’re sparring in.

Abdul-Mateen II’s character seems to have many of Morpheus’s attributes, suggesting he may be a younger version or perhaps the son of Fishburne’s character.

Fishburne himself revealed last year he had “not been invited” to reprise his signature role in Lana Wachowski’s film.

5) Bang for your buck

Yet having one less person behind the camera doesn’t appear to have had an impact on the new movie’s explosive mayhem.

Trains, helicopters, motorcycles and cars are just a few of the modes of transport that are left riddled with bullets or blown to smithereens.

If there’s a tall building in the vicinity, meanwhile, you can be certain someone at some point will throw themselves out of or off it.

The Matrix Resurrections will be released in UK cinemas on 22 December. 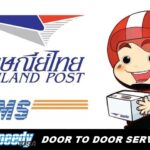 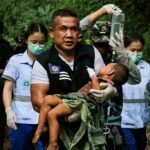