Home » First picture of man, 24, charged with murder over model 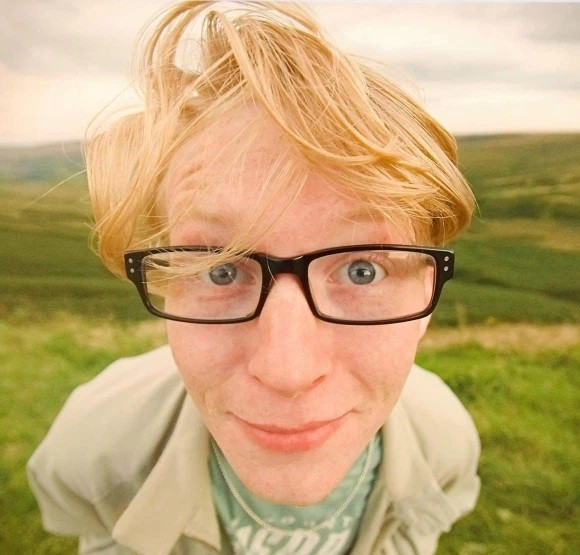 MAN has been charged with murder after an “amazing” model was found dead in a river.

Charles Byrne, 24, was charged with murder and attempt murder after the body of the woman, named locally as Christina Rowe, was found in Worcester.

Cops and diving specialists spent hours searching for her body.

Byrne has been remanded in custody and will appear at Kidderminster Magistrates’ Court on Friday.

It is understood Christina, 28, had recently launched a modelling career.

Forensics were seen removing bags from a property and spent several hours inside while it was cordoned off.

Cops confirmed the house was being searched in connection with the investigation.

One friend of Christina, who is originally from the Philippines, told The Sun: “She was lovely and amazing. She was a strong woman and very well liked.”

Former neighbour Bryn Ruff said: “She was a delightful, polite, charming girl and I am heartbroken to hear this, absolutely gutted.

“She was so helpful. Once I locked myself out of the house and Christina let me use her phone to call a locksmith.

“Another time I missed a takeaway delivery and she took it in and kept it warm for me. She was just really thoughtful, like the best sort of Brit really.

“I know she worked as a model over here. She was beautiful and so petite, there was really nothing to her.”

Ms Rowe last seen on Monday receiving a parcel from a postman and is said to have been “really chipper and happy”.

A neighbour said: “I asked the postman who delivered her post when the last time he had seen her was and he said on Monday when he gave her a parcel.

“Apparently she was really chipper and happy and had a smile on her face and that was only Monday.”

Cops yesterday cordoned off three locations in the smart town.

One was a home belonging to Christina, who is understood to have lived there a year.

Apparent blood spatters were seen on the road near the house.

The others were a home on Waterworks Road and a footbridge at the River Severn, which is where the body was discovered at around 1.30pm.

Detective Chief Inspector Dean Jones said: “Unfortunately, we have located the body of a woman in her 20s in the River Severn during our searches last night.

“The family have been informed, but formal identification has not yet taken place.”

Residents living near the house being searched in connection with the murder have expressed their shock at her death.

Forensic experts were seen searching the bins near the house on Waterworks Road.

Neighbours said a woman lived at the property with her adult son who had autism and a lodger.

One said: “The police did knock on my door yesterday to ask me but when I asked for details they said they couldn’t say anything.

“There was a woman who lived there with two sons and one was autistic.”

Another neighbour said: “I don’t know the woman’s name but I’m sure she lived there with a lodger.

“The first I knew something was wrong was when I saw lots of police on the street on Wednesday afternoon.

“It’s a pretty shocking sight because this is a nice area and nothing as dramatic happens around here.”

A woman who lives a few doors down from the cordon said: “I had the police knock at my door asking if I’d seen anything.

“All they told me was that she had definitely been murdered here. I think it’s the house behind the trees in the close.

“All they could say was it happened here but couldn’t tell me any more than that.

“It’s a very quiet close and all privately owned. There are a few council house but the rest of it is private.

“The houses are all usually quiet and there’s never any trouble.

“This is all out of the blue for us stuff like this doesn’t happen around here. It’s a very peaceful place normally.”

Another resident living nearby said: “There were about 15 or 20 officers here yesterday, knocking on doors at around 8am asking if we’d seen anything.

“I had noticed the outdoor motion lights at a house in the road kept flickering on and off at around 5am, a few hours before the police arrived.” 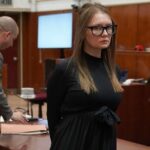 Fake heiress released from US prison 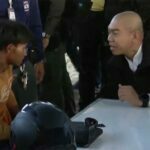 Sex offender on the run arrested(update)