Home » First murderer to be convicted using DNA to be released 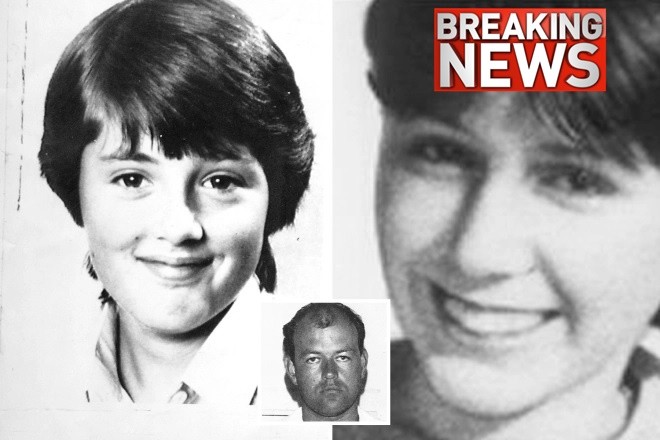 A DOUBLE child killer who raped and murdered two 15-year-old girls can be released, the Parole Board has ruled.

Sex-obsessed Colin Pitchfork was caged for life in 1988 for the rape and murder of teenage schoolgirls Lynda Mann and Dawn Ashworth in Leicestershire.

But the Parole Board today deemed that the 61-year-old – the first murderer to be convicted using DNA evidence – was no longer a danger to the public after being turned down for release on two previous occasions.

The killer will have 35 conditions attached to his release.

These include electronic tagging, lie detector tests and he must provide details of any vehicle he owns.

He must also not visit the area where his crimes were committed.

A document detailing the Parole Board decision said: “After considering the circumstances of his offending, the progress made while in custody and the evidence presented at the hearing, the panel was satisfied that Mr Pitchfork was suitable for release.”

Pitchfork, who now calls himself David Thorpe after ditching his notorious name, raped and strangled Lynda, 15, in November 1983.

The teenager had left her home to visit a friend – but never returned.

Her body was found the next morning on a deserted footpath.

Her body was found less than a mile from where Lynda had been attacked.

After Dawn’s killing, Leicestershire Police launched the largest manhunt in its history, asking more than 5,000 local men to volunteer blood or saliva samples in a bid to match samples taken from the crime scenes.

No matches were found, but in 1987 a bakery colleague was overheard boasting that he’d received £200 for giving a sample while posing as Pitchfork.

The conversation was reported to police, and a month later Pitchfork was arrested.

He pleaded guilty to the rape and murder of Lynda and Dawn, and was sentenced to life imprisonment with a minimum term of 30 years.

Local MP Alberto Costa said he had met the chief executive of the Parole Board for England and Wales Martin Jones to discuss the case.

Following the meeting, Mr Costa announced he would write to the Secretary of State for Justice, Robert Buckland MP, to ensure both he and the Parole Board were aware of local concerns about the case.

Mr Costa said: “Colin Pitchfork’s heinous crimes quite understandably live long in the memory of many of my constituents and his case is still of considerable concern to residents in South Leicestershire.

“In light of his recent referral for a parole review, I was very pleased to meet with the chief executive of the Parole Board and to gain a better understanding of Pitchfork’s case in order to inform the next steps I will be taking on this matter.

“The safety and wellbeing of my constituents is, of course, paramount importance, so I want to ensure that the Parole Board are fully aware of Pitchfork’s crimes and his character before any decisions are made.”

The killings features in a 2002 episode of Real Crime “Cracking the Killer’s Code”. Colin Pitchfork was played by John Duttine.

In 2014, ITV commissioned a two-part television drama, Code of a Killer, based on Pitchfork’s crimes and the creation of DNA profiling. It starred John Simm as researcher Alec Jeffreys and David Threlfall as David Baker, the lead police detective.[17] Pitchfork was played by Nathan Wright. The drama was the first broadcast in two 90-minute episodes, on 6 and 13 April 2015. It was subsequently reformatted as three episodes and released on DVD.

The New Tricks episode “Dark Chocolate” refers to Colin Pitchfork several times and it is ultimately the similarities between Pitchfork’s case and the case the UCOS team are currently investigating that leads to the criminal’s arrest.

Pitchfork’s crimes are also the focus of an episode of the Sky series How I Caught The Killer .

In 1985, Alec Jeffreys, a genetics researcher at the University of Leicester, first developed DNA profiling along with Peter Gill and Dave Werrett of the Forensic Science Service (FSS).

I was responsible for developing all of the DNA extraction techniques and demonstrating that it was possible after all to obtain DNA profiles from old stains. The biggest achievement was developing the preferential extraction method to separate sperm from vaginal cells – without this method, it would have been difficult to use DNA in rape cases.

Using this technique, Jeffreys compared semen samples from both murder victims against a blood sample from Buckland and conclusively proved that both girls were killed by the same man but not by Buckland. Buckland became the first person to have his innocence established by DNA fingerprinting.[5]

I have no doubt whatsoever that he [Buckland] would have been found guilty had it not been for DNA evidence. That was a remarkable occurrence.

Leicestershire Constabulary and the FSS then undertook an investigation in which more than 5,500 local men were asked to volunteer blood or saliva samples.[5] This took six months, and no matches were found 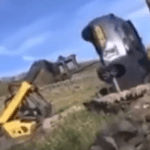 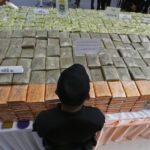