SUDARAT KEYURAPHAN, one of the Pheu Thai Party’s prime ministerial candidates, has warned election commissioners not to calculate the number of party-list MPs in a way that benefits any particular group, which would be a violation of the Constitution.

Sudarat said yesterday on Facebook the Election Commission “must not risk violating the law, |particularly the Constitution, to help a group of people stay on in power”.

In response, the EC rejected Sudarat’s allegation, saying it had no intention of serving the interests of any particular group of people. Through its News Operation Centre, the agency also noted that her claim could cause misunderstanding and lack of confidence in the EC.

In a separate development yesterday, a senior Democrat Party figure has disputed a claim that many of its elected members want to join a coalition government headed by the pro-junta Phalang Pracharat Party.

Democrat chief adviser Chuan Leekpai said the party had made no determination on the matter.

The former premier was in effect disputing a claim made by fellow Democrat Thaworn Senneam that many in the party were ready to support a Phalang Pracharat-led coalition.

“We have to wait for the new executive board to make a resolution,” Chuan said. “This talk about joining a Phalang Pracharat coalition was just the personal view of Thaworn and his group. It’s not a party resolution.”

Thaworn, a successful candidate for the party, said on Facebook yesterday that most other Democrats elected in constituencies were agreed about joining a Phalang Pracharat-led coalition.

They simply want their own party’s policies put into effect by the next government, he said.

“If we’re in the opposition we’ll be unable to take care of the people fully,” Thaworn wrote. “And if there is any political upset that forces another election, we’ll have no selling point for our campaign.”

Thaworn had on Friday said about 30 elected Democrats met at party headquarters to possible coalition partnerships. He said his group’s call to be part of the next government was meant to ensure “the survival of the country”.

He said supporting Phalang Pracharat would not be contrary to the party’s ideology as some have alleged.

In the Future Forward camp, leader Thanathorn Juangroong-ruangkit said yesterday no one in the party was fearful or concerned about legal actions brought against him and other key party figures.

He said the legal charges were meant to damage the party, but all of the accused members were confident they would be proven innocent. “We believe in our innocence,” he said. “Nobody will be able to find us guilty. The party’s supporters can be assured about this.”

The billionaire politician stands accused of sedition and being involved in an illegal political gathering in 2015 while martial law was in force. He will be tried in military court.

Referring to the legal action, Amnesty International Thailand campaigner Katherine Gerson yesterday called on the authorities to respect rights and avoid using criminal charges to “gag political enemies”. She also asked for an end to the practice of trying civilians in military court.

Meanwhile most people surveyed for a Suan Dusit Poll last week said they were “concerned” about official results of the March 24 election remaining unavailable. More than 40 per cent of respondents said they were “worried” that Thai politics was left in uncertainty. Almost 24 per cent said they were concerned that political foes were being drawn into a “severe dispute”.

Suan Dusit University surveyed 1,257 people in all regions of the country between April 2 and 6. Asked what should be done in the current situation, 51.3 per cent of respondents said all sides should work together, while almost 30 per cent called for the law to be respected. 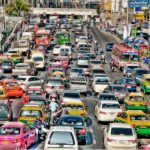 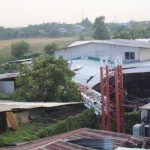