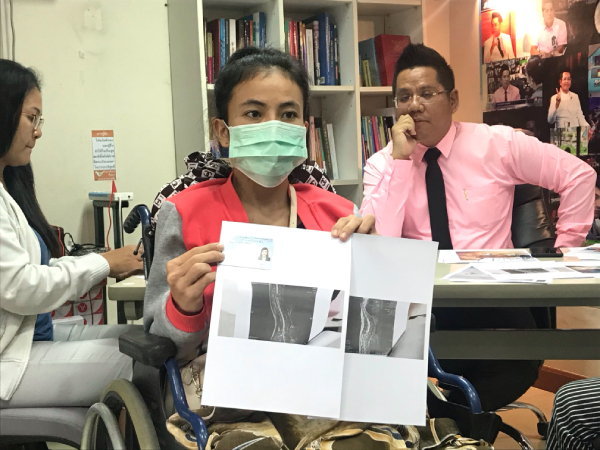 The family of a 28 year old Thai woman who suffered serious injuries to her spine after falling five floors at a condominium in Pattaya have claimed that her French husband caused her to fall during an argument.

He has since gone abroad and refuses to take responsibility for what happened to his wife, according to the family of the woman.

Sunisa, 28, from Surin, fell five floors from room 506 at the Art on the Hill condo in Soi 5, Pratumnak Hill on June 16th at around 2am. She is now unable to walk or take care of herself.

Yesterday Sunisa’s mother Patcharaporn, 54 and her elder sister Natchaya, 32, went to a human rights and problems in society lawyer, Mr. Ronnarong Kaewpetch, to ask him to help them seek justice for her.

Sunisa was working locally and had been living with her husband for about a year. The family said they frequently had jealous arguments and he often beat her up.

On the night of her fall she had argued with him over going to another room to get clothes. Her husband thought she was cheating on him.

According to Sunisa he kicked, slapped and punched her and squeezed her throat making her almost pass out. He barred her exit from the condo’s locked main door and armed himself with a knife.

She tried to scream out but no one came to her aid so she ran to the balcony and called out. The husband managed to open the sliding door and barged out causing Sunisa to fall to the ground.

She didn’t jump as police and doctors had mistakenly assumed and some local media originally claimed.

Natchaya said she had given up her job to care for her sister and there have been virtually no developments in the case in the last three months.

Lawyer Ronnarong said it was a highly serious case. If the husband was guilty of causing his wife to fall he should have faced criminal and civil proceedings.

He said that he intended to take the matter up with the Crime Suppression Division police yesterday (Friday). 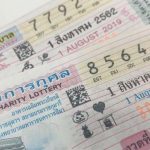 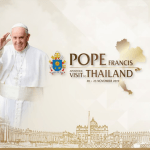 The Pope to officially visit Thailand in November