Pope Francis is set to make good on a six-year-old promise to visit Thailand, the church announced Friday afternoon with great fanfare.

In an announcement of the pontiff’s travels to Asia, the Holy See announced that Francis will visit the Thai capital for three days in late November. It comes six years after the Thai government announced that he had accepted an invitation from then-PM Yingluck Shinawatra during her visit to the Vatican.

Francis, 82, will preside over two masses in Bangkok. According to Monsignor Andrew Vissanu Thanya-anan, deputy secretary of The Catholic Bishops’ Conference of Thailand, the first mass ritual will be limited only to Christians while the second time it will be open to the public, with an emphasis on drawing the youth.

“Everyone is welcomed to come,” Andrew said.

Pattaya is not on the list of places the Pope is planning to visit at this time. 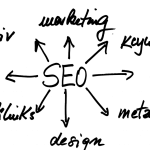 If SEO Blows Your Mind Read This

Mark KellyFebruary 28, 2020
A male teacher and three women were arrested on charges of procuring girls aged under...
END_OF_DOCUMENT_TOKEN_TO_BE_REPLACED