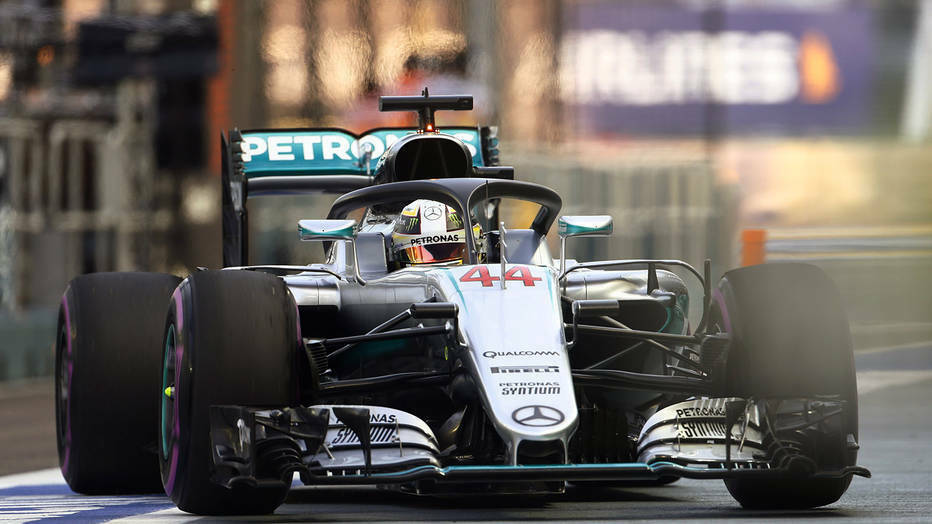 World champion Lewis Hamilton took up where he left off last season with the fastest lap times in opening practice for the Australian Formula One Grand Prix on Friday.

Hamilton lowered his opening practice best time of one minute 24.026 seconds with 1:23.931 in the second session to hold a 0.127sec gap over Red Bull’s Max Verstappen (1:24.058).Hamilton’s Mercedes team-mate Valtteri Bottas (1:24.159) was third in Melbourne in the first exchanges of the new Formula One season.The Ferrari duo of Kimi Raikonnen and Sebastian Vettel were fourth and fifth respectively and between 0.3-0.5secs down on Hamilton’s time ahead of Saturday’s qualifying.
Australia’s big hope Daniel Ricciardo of Red Bull was seventh fastest in 1:24.721.”Coming to the first race you have no idea what it’s going to be like, but we started on the right foot today,” Hamilton said.”The gap closed up a little bit between all the cars, but that’s exciting anyway.”It’s more challenging for me to eke out more from the car, discover whether I have lost something or they have all gained, but I enjoyed driving.”We’re going to get quicker and quicker through the weekend, that is if it doesn’t rain tomorrow.” – ‘It looks to be close’ -Hamilton’s long-run pace looked superior on the ultrasoft tyres, reeling off a steady run of 1:28s, but race pace simulations showed little between the three leading teams.Red Bull managed to lap in the high 1:28s with Ferrari in the low 1:29s.Verstappen and Bottas both used soft tyres for the final few minutes of the second practice session, while Raikkonen was on the supersoft for Ferrari.”For me this has been a positive start to the weekend so I am really happy about that,” Verstappen said.”The car has behaved well on this track which is always pleasing after only running in Barcelona to date. It is still hard to see who is strongest and how we will finish come race day.”Hamilton is gunning for his fifth world title, an achievement which would match the legendary Juan Manuel Fangio and leave him just two adrift of Michael Schumacher’s all-time record.Bottas and Raikkonen faced the stewards after the second session to explain a coming-together, when Bottas had to take to the gravel to avoid running into the Ferrari.”We tried to chase the balance a bit because I did not feel that comfortable,” said Ferrari’s Vettel.”We still have quite a lot of performance in hand — I am not too worried because I know if I get everything right we should be in better shape.”It looks to be close, which is good news, so we should be able to do something tomorrow.”The surprise of the opening day was the performance of the Haas team to challenge for the fourth-fastest team on the back of two strong showings from Romain Grosjean. The second session was halted briefly after a cable was ripped up from underneath the start/finish line, and resumed after officials cut loose the wire.A fired-up Fernando Alonso yelled down the McLaren team radio: “Maybe because of the halo the people stop looking into their mirrors!” after a close shave with some of his rivals early in the session.The halo, a safety bar above the cockpit to protect drivers, is a new innovation this season. 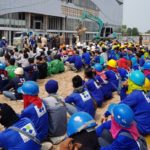 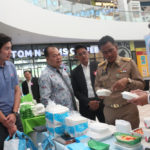 Phuket to be a Foam Free City