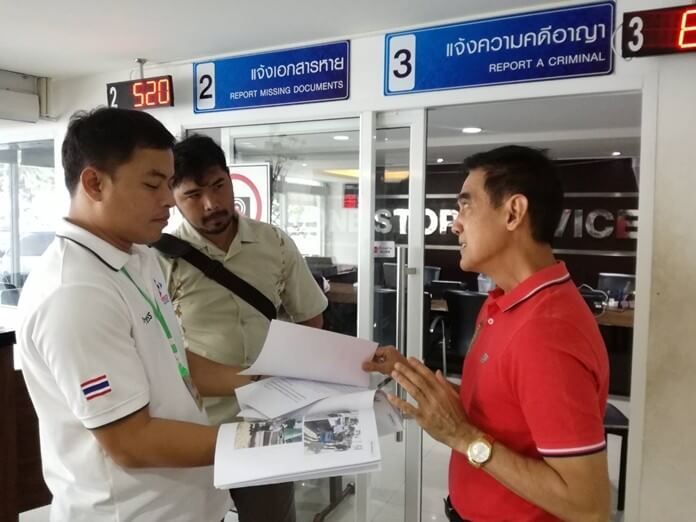 Pattaya’s former top lawyer has filed defamation  charges against a Jomtien Beach masseuse who publicly accused him of masterminding a plan to have municipal police extort hefty bribes from beach vendors to fund a New Year’s party.

Sretapol Boonsawat, who headed Pattaya attorney’s office before taking over the head of a Jomtien Beach massage association and becoming an advisor to current Mayor Sonthaya Kun­plome, denied all accusations by Pakjira Wuthiphan that he pushed club members to pay city hall regulatory officers up to 20,000 baht to pay for their holiday party.

He said the accusations, leveled on cable television, were false, damaged his reputation and brought public ridicule on him. Defamation, if proved, can carry a penalty of up to two years in prison in Thailand and a fine of up to 200,000 baht.

A group of municipal police were suspended late last month and Sonthaya ordered an investigative panel immediately probe the complaints brought by the beach vendors.

The masseuses balked at paying the hefty amounts, complaining that sum was four times the amount in bribes they historically paid to city hall during the holidays. However, the complainants said, those who refused to pay were arrested on made up charges on “the boss’s orders”.

Deputy Mayor Ronakit Ekasingh, who is overseeing the investigation, has not disclosed how many officers are involved in the scandal, but said that, if found guilty, they not only would be fired, they would face criminal charges.

Over 3,000 vehicles in Bangkok inspected for black smoke