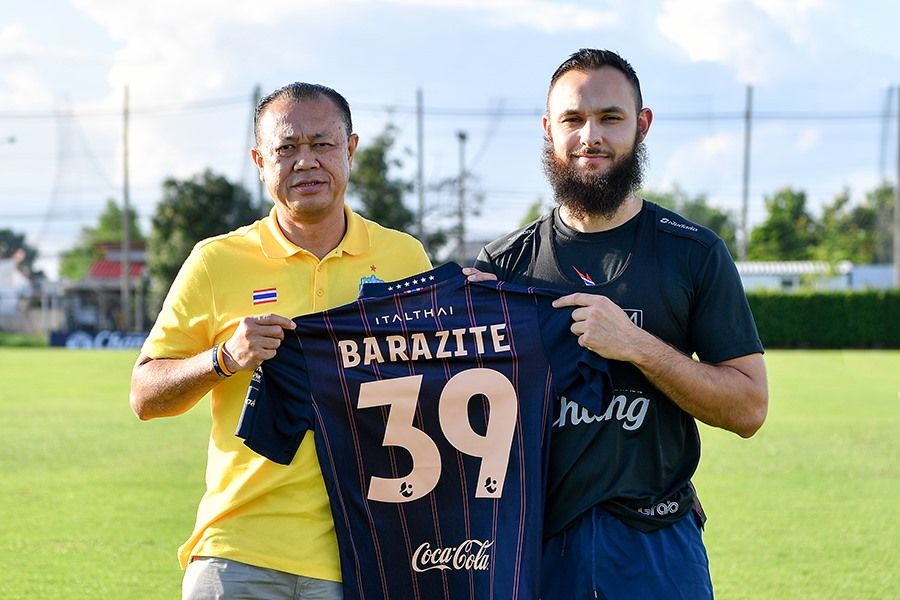 The Dutch player, who appeared in two League Cup games for the Gunners between 2007 and 2011, will start representing the Thunder Castles during the second half of season of the local top flight league from this weekend onwards.

The 29-year-old who was born to a Dutch mother and Moroccan father began his career with Dutch side NEC Nijmegen before moving to England and later moved to the Emirates.

However, as he struggled to break into the first team, he was loaned out to Derby County and then Vitesse Arnhem.

In the 2011-12 season, Barazite who can play both as the forward and midfielder signed a contract with Austrian giants Austria Wien. He scored 12 goals in 34 matches, an impressive form that led to 4.5 million euro deal with France’s Ligue 1 between 2012-2014.

After 11 games with the French team, he was sent back to Austria Wien on loan in 2013 as the club finished the season with the Austrian Bundesliga for the first time in seven years.

In June 2014, the 188cm tall player returned home to play for FC Utrecht. During his four-year-term with the Dutch club, Barazite scored 16 goals from 75 matches. Between 2017-2018, he moved to play for Yeni Malatyaspor, a Super Lig in Turkey where he scored two goals from 15 matches.

For the first game with Chon Buri on Sunday, Barazite will wear jersey No 39 representing Buriram.

The two-time defending champions are currently top of the table with 32 points, followed by Bangkok United (28).

Meanwhile, former national striker Teeratep Winothai of Bangkok United is joining Chon Buri on loan for the rest of the Thai season.