AN UNLUCKY tourist was left stranded in Ibiza for four days after losing her passport – only to spot it in her photos on the floor during a night out.

Bobbie Cook, 21, from Essex embarked on a five-day trip to Ibiza for a partying holiday on October 25.

Bobbie and her friend Becca booked their trip with Loveholidays and were due to travel via Thomas Cook airlines, but the operator cancelled their trip just two days prior to their travels.

The pair were left scrambling to book last minute flights and hotels – but ended up missing their flight due to plane delays.

Speaking about the ordeal, Bobbie told Jam Press: “Me and Becca booked our holiday with Loveholidays and we were flying with Thomas cook.

“Just two days before we were supposed to go they sent me an email telling us that they had cancelled our holiday and they will send over refund.

“I had to get a whole new hotel and flights package a day before Ibiza and the package we found didn’t have a direct flight so we had to get off at Barcelona.

“And because the plane from Gatwick to Barcelona was delayed for hour and half we missed our flight from Barcelona to Ibiza.”

They were then forced to wait at the airport for five hours to be put on the next plane.

However, it wasn’t the only thing to go wrong during the holiday.

On her second night, Bobbie and her friends went clubbing when she realised her passport went missing.

In a state of panic, she began rummaging through her bag and searching everywhere, but it was nowhere to be found.

Bobbie said: “We were both having such a good time, we even met these girls there that we bumped into at the airport.

“As the night went on I kept checking my bag and I told Becca I can’t find my passport but she kept telling me it’s probably at home.

“I kept retracing my steps and checking the toilets, lost property, asking behind the bar and looking around that exact spot where we was taking photos and I couldn’t find it at all.

“I probably spend most of my night trying to find it.”

Bobbie then applied for an emergency passport on Friday, but had to wait another four days as the British consulate did not process documents on weekends – meaning she would miss her return flight on Monday.

She said: “The next day I filled out an online application for an emergency passport and then I rung the office up to ask when it will be ready.

“The woman told me I would be missing my flight on Monday because the passport takes two working days to come.

“This was the Friday afternoon when I applied for it, and of course it can’t be processed on weekends.

“I was so scared I didn’t know how I was gonna manage on my own.”

While she stayed out with her friend, she was forced to change hotels and buy new flights, costing £340 each.

However, when Bobbie was looking through some of her Ibiza holiday photos, she came across a picture of her at the club, and was shocked after realising her missing passport was on the floor right in front of her.

She said: “On the last day of being there I was looking back at all the photos I’d taken this holiday.

“I came across the pictures I tweeted and noticed the passport. I was in so much shock but couldn’t help but laugh for ages.

“I was sending it to all my friends, posting it on my stories and everyone found it hilarious, I just don’t know how I didn’t open my eyes.

“All of this could have been avoided if I just checked the photo after taken it and seeing my passport lying there on the floor.”

However, the problems didn’t end there.

Bobbie and Becca were checking in at the airport on Tuesday, four days later than planned, when staff told them there was a payment issue on their tickets, meaning they were unable to board the aircraft.

She said: “When we tried to check in one of the ladies from easyJet said there had been a payment issue and that we couldn’t get on our flights.

“We felt hopeless. We just wanted to go home.

“We tried asking if we could repay to get on the flights and they said it was fully booked and there were no flights until Friday.

“We were panicking to say the least. Luckily easyJet refunded us, but we had to go all the way back to Bossa and check into another hotel (this was my 3rd hotel now).

“We didn’t really go out partying much as all we wanted to do was just go home.”

Bobbie admitted that despite the ordeal of being stranded abroad for another four days, they managed to have a good time.

She explained: “Even though I had so much bad luck happen this holiday, I had the best time and I will never forget this situation.” 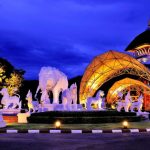 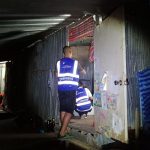 Horror as suicide is live streamed on Facebook in Pattaya

Mark KellyFebruary 18, 2020
A gunman killed one person and wounded another at a shopping mall in Bangkok today...
END_OF_DOCUMENT_TOKEN_TO_BE_REPLACED