David Seaman: 7. Age 55. Played 75 times for England. He got himself in fine shape but he’s not the same without the ponytail! Now he does a bit of work with Talk Sport.

Neil Ruddock: 5. Age 50. Played one game for England in 1994. A friendly against Nigeria. He managed about five minutes of this game and a shot that ended up in row Z. The show highlighted that Razor has some health issues that he needs to resolve so he can enjoy time with his young family to the maximum. Nights out with Dean Windass need to be kept to a minimum. Apparently, Razor is now an actor and television personality.

Mark Wright: 6. Age 55. Wright played 55 times for England and scored one goal. Despite a night out on the tiles with Robbie Fowler, he was bright eyed and bushy tailed the next day for training. Unlike Fowler! He had a solid first half but gave away two quick goals with sloppy defending at the start of the second half.

Lee Sharpe: 6. Age 47. Sharpe made eight appearances for England but failed to score in any. He looked sharpish against the Germans but had a quiet show. He’s now a sports television pundit and reality television personality,

Ray Parlour: 6. Age 46. Played ten times for England but failed to score. The Romford Pelé had a quiet show. Hopefully, he’ll pick up the pace in the return game! Now he does a bit of Talk Sport work.

Mark Chamberlain: 5. Age 57. Played eight times for England and scored one goal. He picked up a knock early on but has done well to sustain his relationship with his wife for 33 years. Hopefully, his son Alex will be back playing for Liverpool soon.

Paul Merson: 9. Age 51. Played 21 times for England and scored three goals. Looked full of energy and took his goal in the 90th minute very well after rounding the German goalkeeper. But what the show proved is that Merson is still suffering from the old demons and that he needs help. Merson, who now works as a television football pundit and is a dad of seven, said:

“Life’s fallen apart – gambling… I’ve just completely lost control again.
“I’m digging a hole – I can’t get out of it.
“It’s the worst addiction in the world.”

Robbie Fowler: 9. Age 43. Played 26 times for England and scored seven goals. He took his two goals, both put on a plate for him by Le Tissier, very well and cracked a first-half shot against the crossbar. What a combination Le Tissier and Fowler would have been at Southampton! Missed the first days training with a hangover after going out on a bender with Mark Wright. Apparently, he’s on track to become coach of Brisbane Roar.

Matt Le Tissier: 10. Age 50. Played 8 times for England and didn’t score. Top of the hit parade when it came to weight loss and a fine captain for England on the night. What an inspired decision that was by boss Harry Redknapp. If only other England managers had been brave to give Le Tissier the armband who knows what England would have achieved! Now works as a Sports Television Pundit.

Chris Waddle: 5. Age 58. Played 62 times for England and scored 6 goals. Became quite famous when he missed a penalty against the Germans.

John Barnes: 5. Age 53. Played 79 times for England scoring 11 goals. Player / Assistant Manager Barnes couldn’t get on the pitch due to a leg injury and his request to make this a dry project fell on deaf ears!

Harry Redknapp: 5. Age 72. Manager. Harry didn’t play for England but he came close to becoming the manager. Now his time might have passed but making Le Tissier captain proved a smart move. That would have given him 10 out of 10 but he turned up at the airport with his Mrs. passport instead of his own!

Man Of The Match 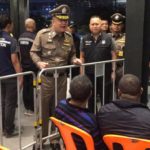 Passport rules for travel to Europe after Brexit